The work of Armando Villalón brings us closer to landscape poetry. Called “The painter of the mists”, the atmospheres transmitted by his images lead to a sublime vision, emotional and expressive that goes beyond the pictorial fact. With the mastery of his palette and brushstroke, he evokes his affective memories through deeply chromatic scenes and bright.

Born in Barquisimeto, Lara, Venezuela, Villalón (1945) had a consolidated career in business and dedicated to family life, before starting the path of painting. In 1974, when he was 30 years old, he enrolled in the art workshop of Ramón Díaz Lugo, who was a student of Rafael Monasterios, a renowned painter from early twentieth century. The teachings transmitted by Monasteries, in their way of conceive the landscape, are manifested in his preferences for Joaquín Sorolla and other masters of impressionism, aspects that will be taken up by Villalón. In the initial training stage, he assimilates from impressionist painting, the short and fast stroke, and, of course, the ‘impression’ of the moment. His outstanding performance in painting is quickly recognized in the exhibitions and salons where he participates. In 1975 he obtained the Honoris Causa mention of the Primer Salón Jóvenes Pintores Larenses and the First Prize Círculo de Bellas Artes in Caracas, and in 1980 the Luis Ordaz Award from Sala Armando Reverón, in Caracas.

Barquisimeto is known as the city of twilights, so it is possible that the dramatic light with which he grew up, had an emotional bond with the stroke of Villalón. The artist has confessed himself captive to Valle del Turbio and El Ávila hill, iconic symbols of geographic areas of Barquisimeto and Caracas, respectively, and that he has represented recurrently. In the natural landscape, often with wild views, the brushstroke is fast, captivating, with short strokes and color combinations, material, that trap the transience of time, creating dense and mysterious atmospheres. In many of these works, the intensity of the expression is such that the forms are decomposed. However, it is not a free abstraction sought with intention, but is the result of breaking of reality that yields to the capture of the movement. In the urban scenes, of the streets, their people and corners, there is a narrative in which the weight of the environment continues to prevail, of a certain melancholy that notices the incidence of climatic changes in the register of light and color on the shadows of the objects, in the swaying of the foliage of the trees, in the furniture, in the buildings. All elements of the composition are transformed by the keen eye of an artist who sees beyond the objective.

Since the eighties, Villalón has continued to have an active participation in individual and group exhibitions in various cities of Venezuela and the United States, and his work integrates important private collections. In 2010 the Universidad Centro Occidental Lisandro Alvarado (UCLA) of Barquisimeto awarded him an Honoris Causa Doctorate for his trajectory. 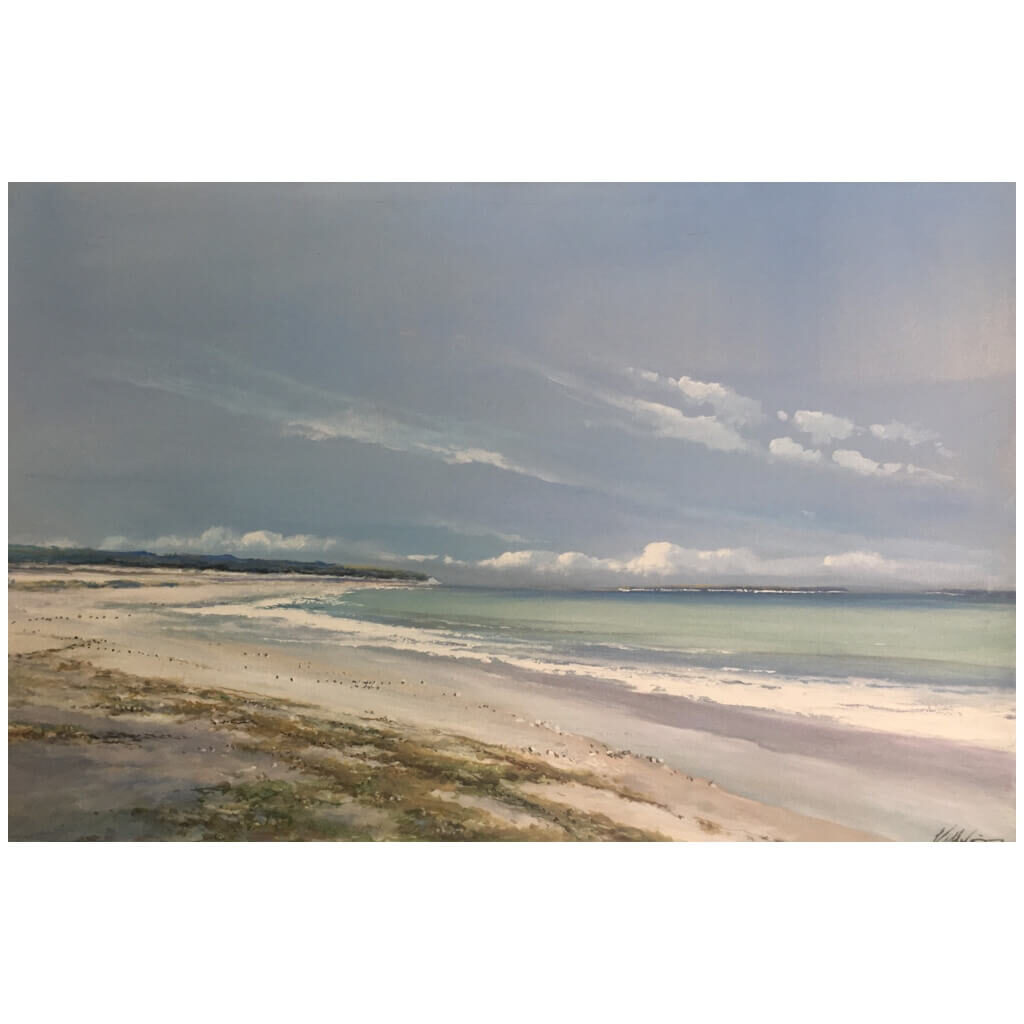 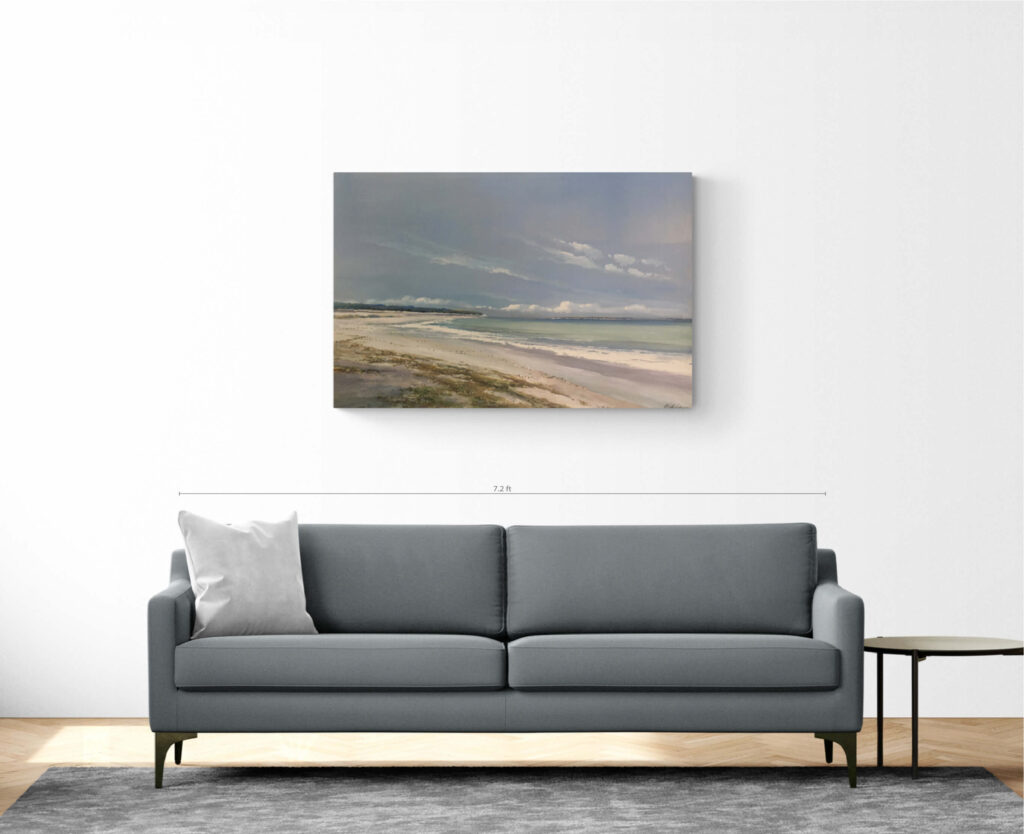 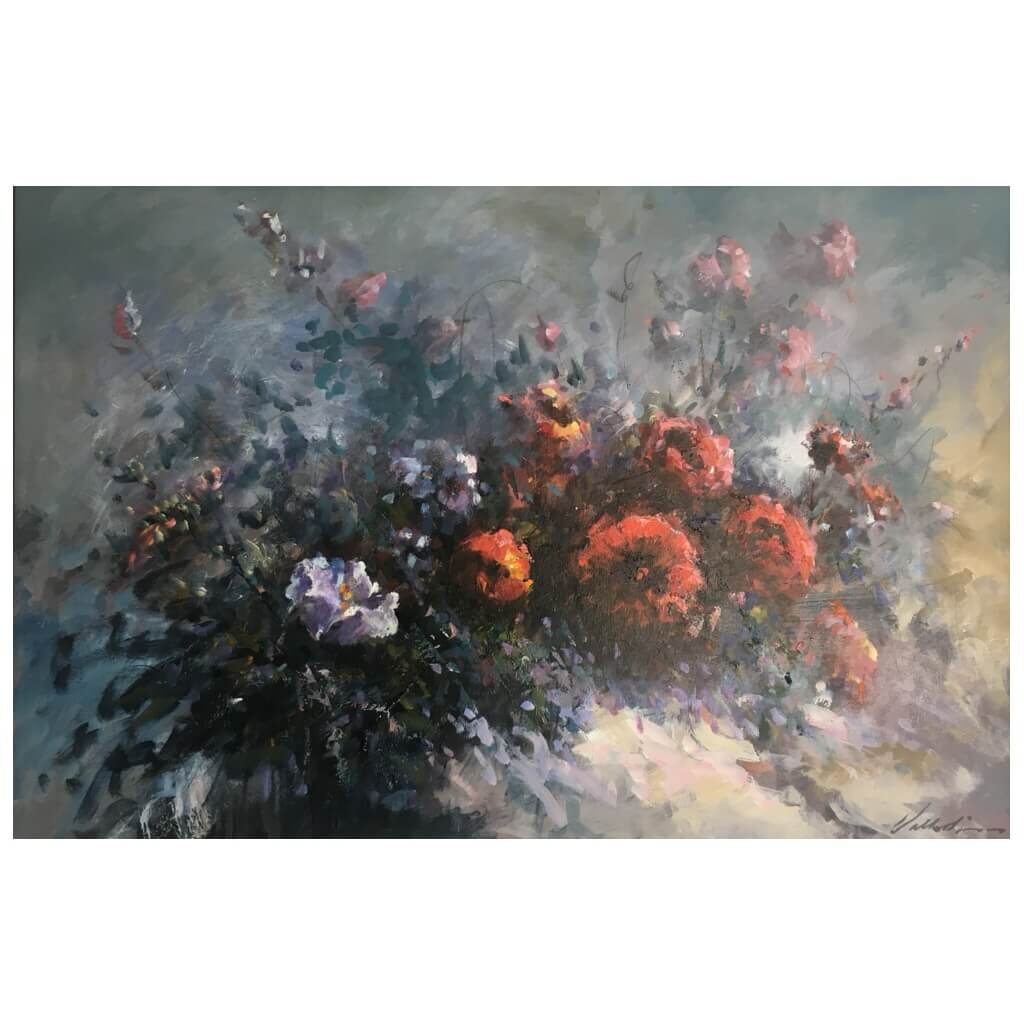 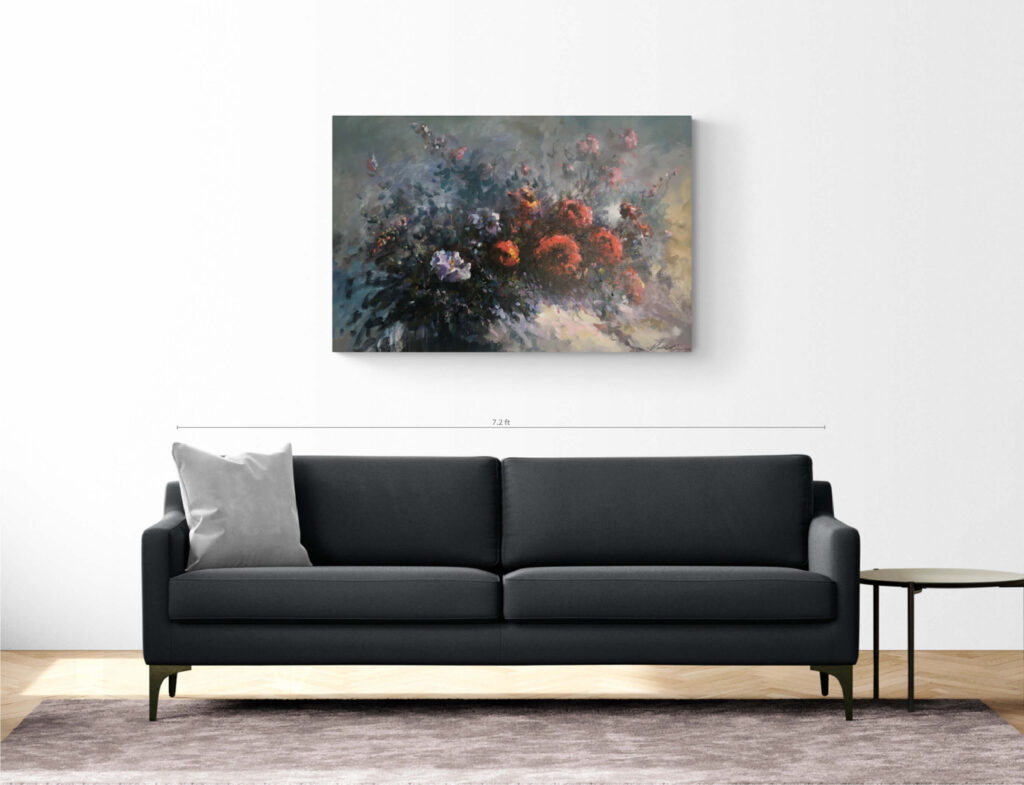 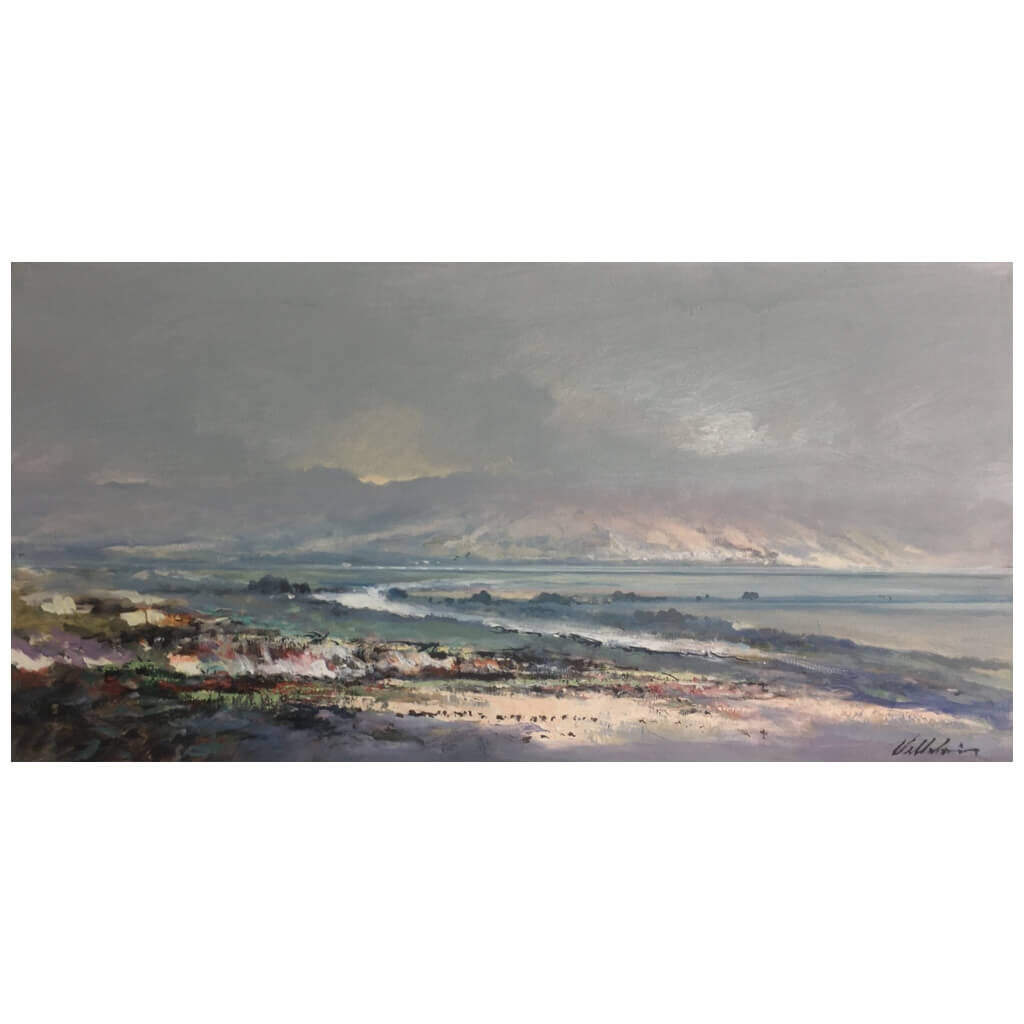 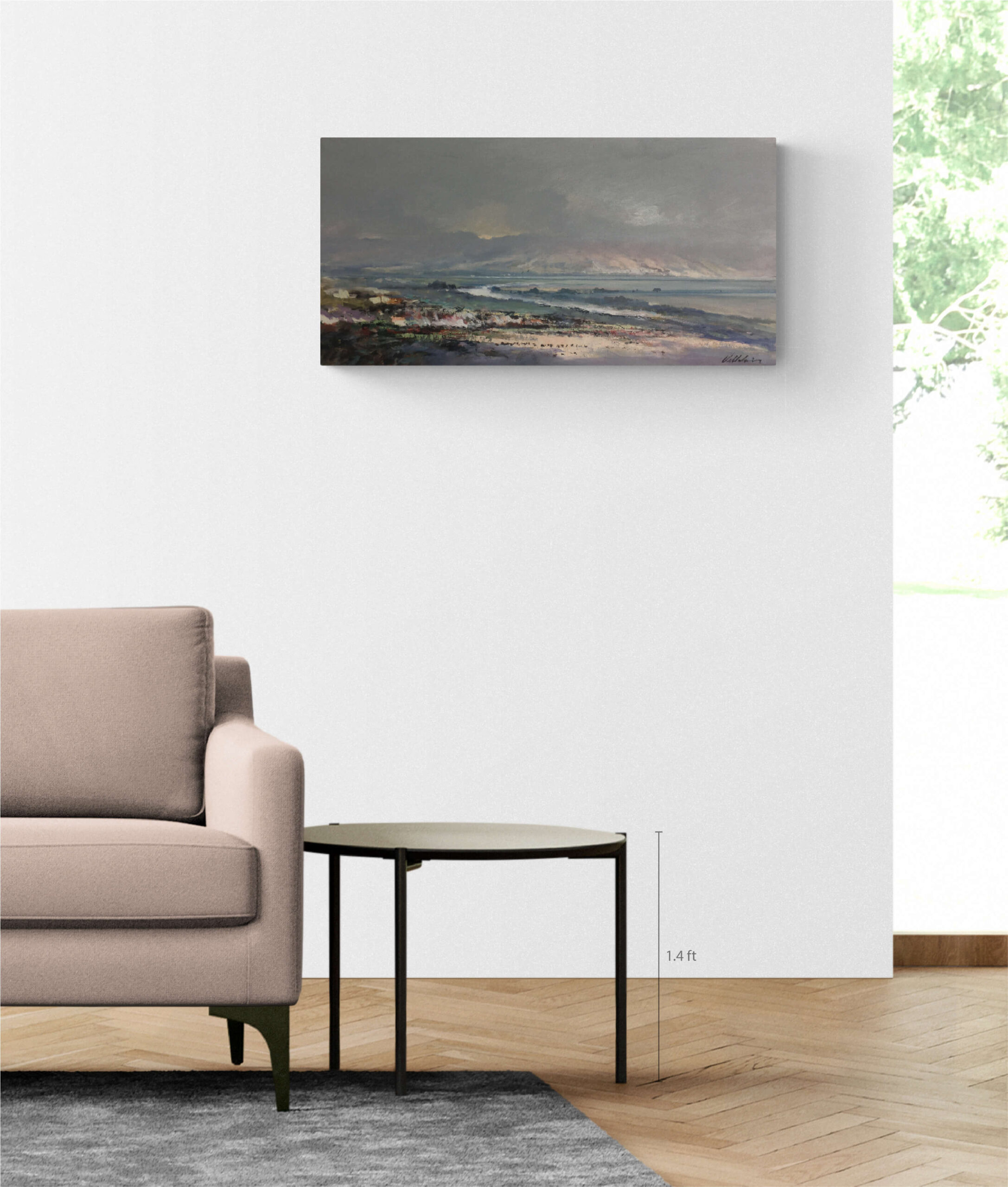 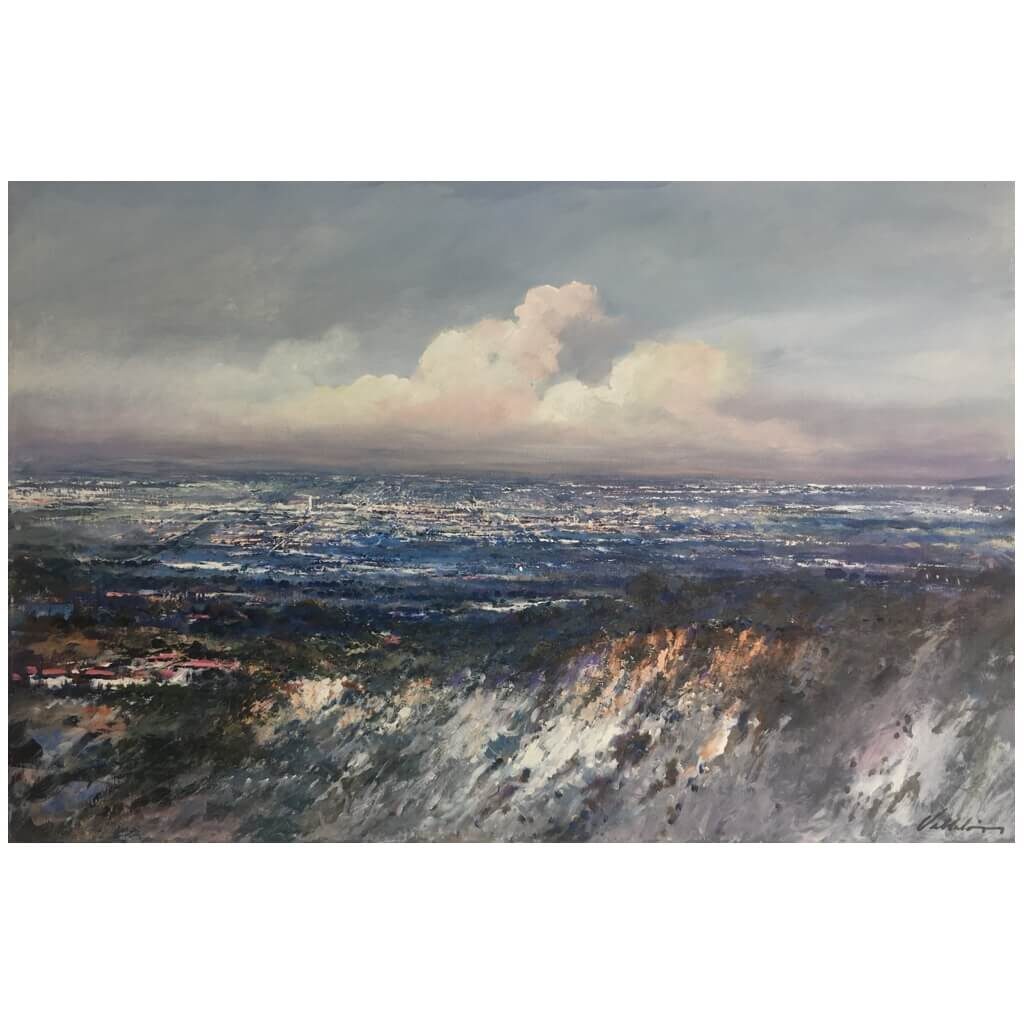 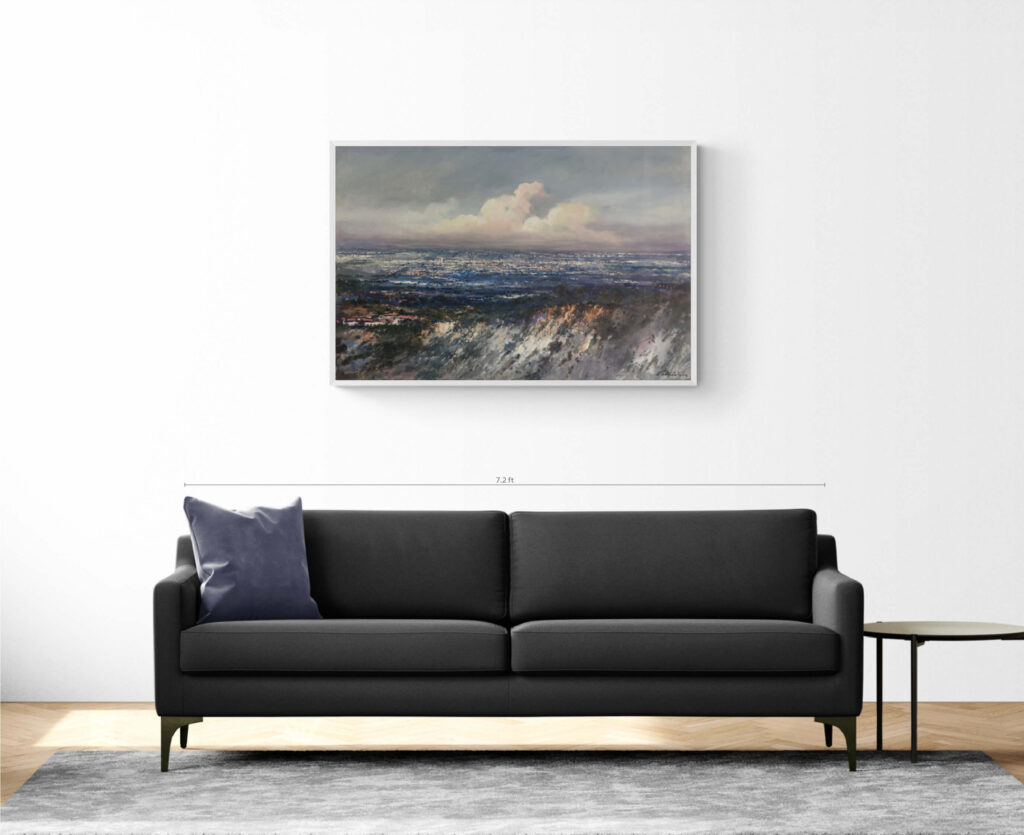 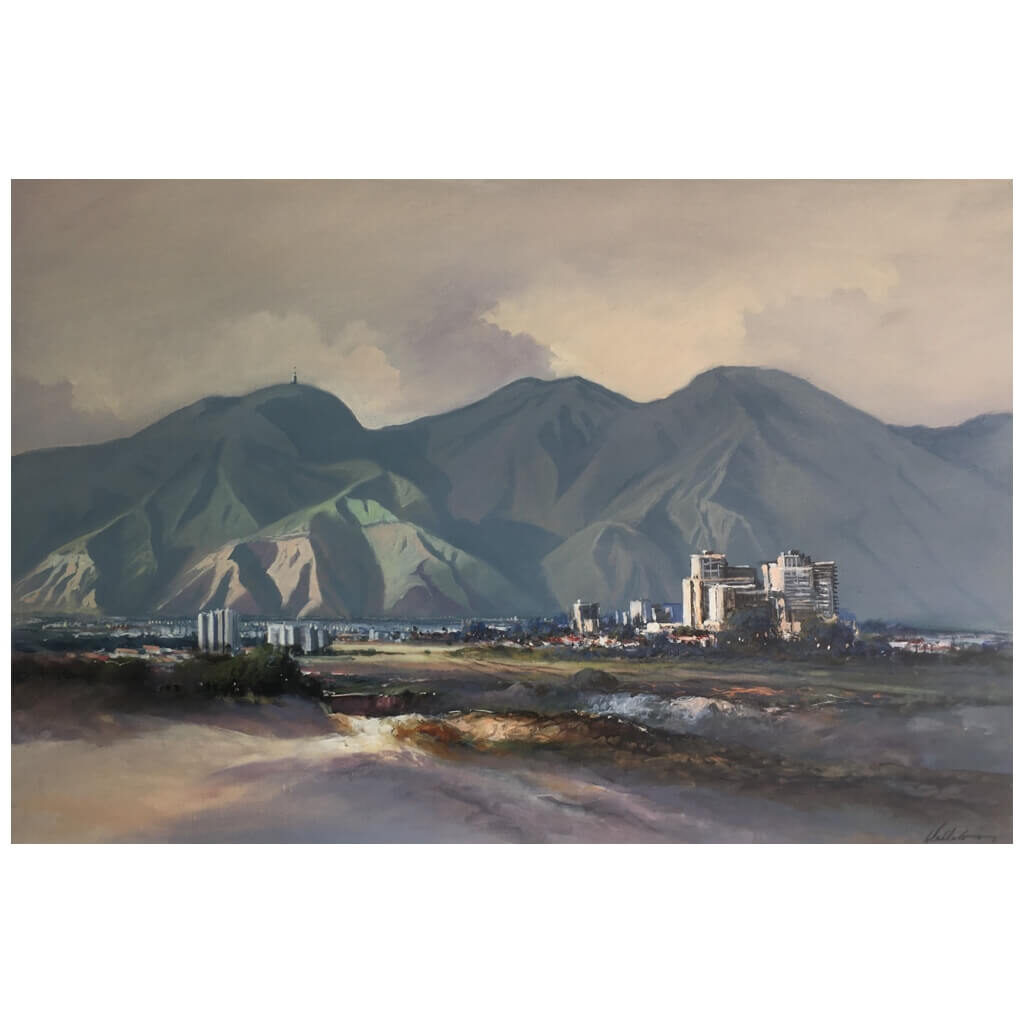 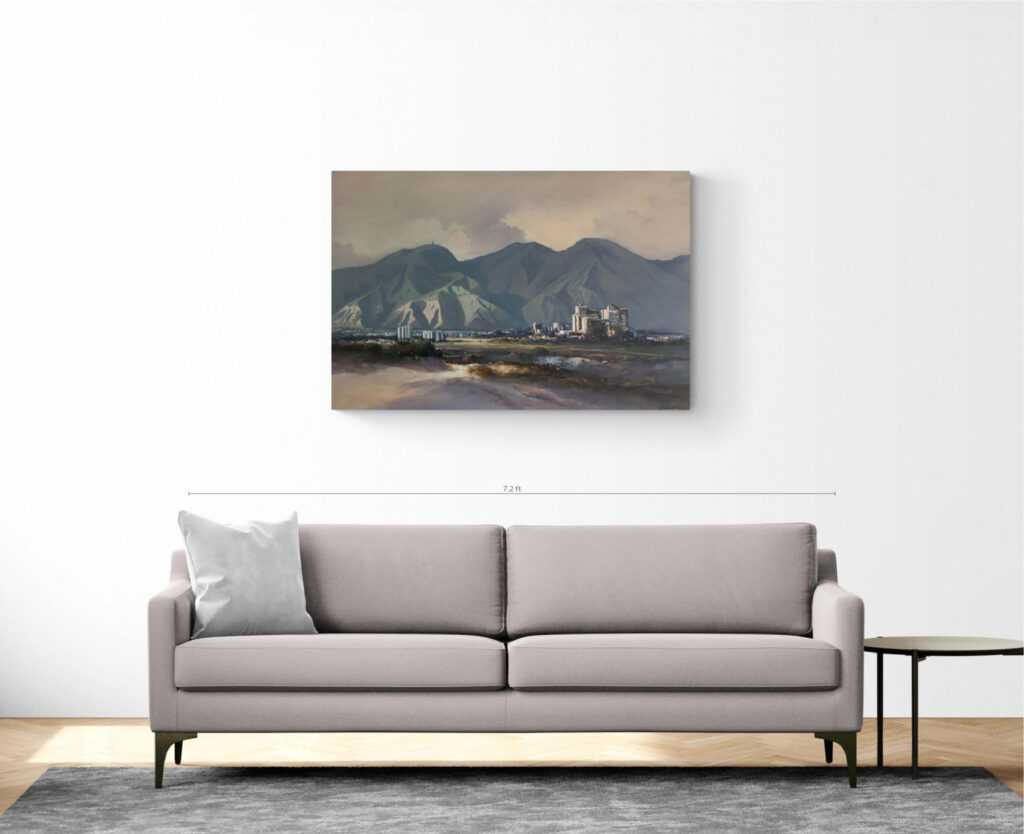 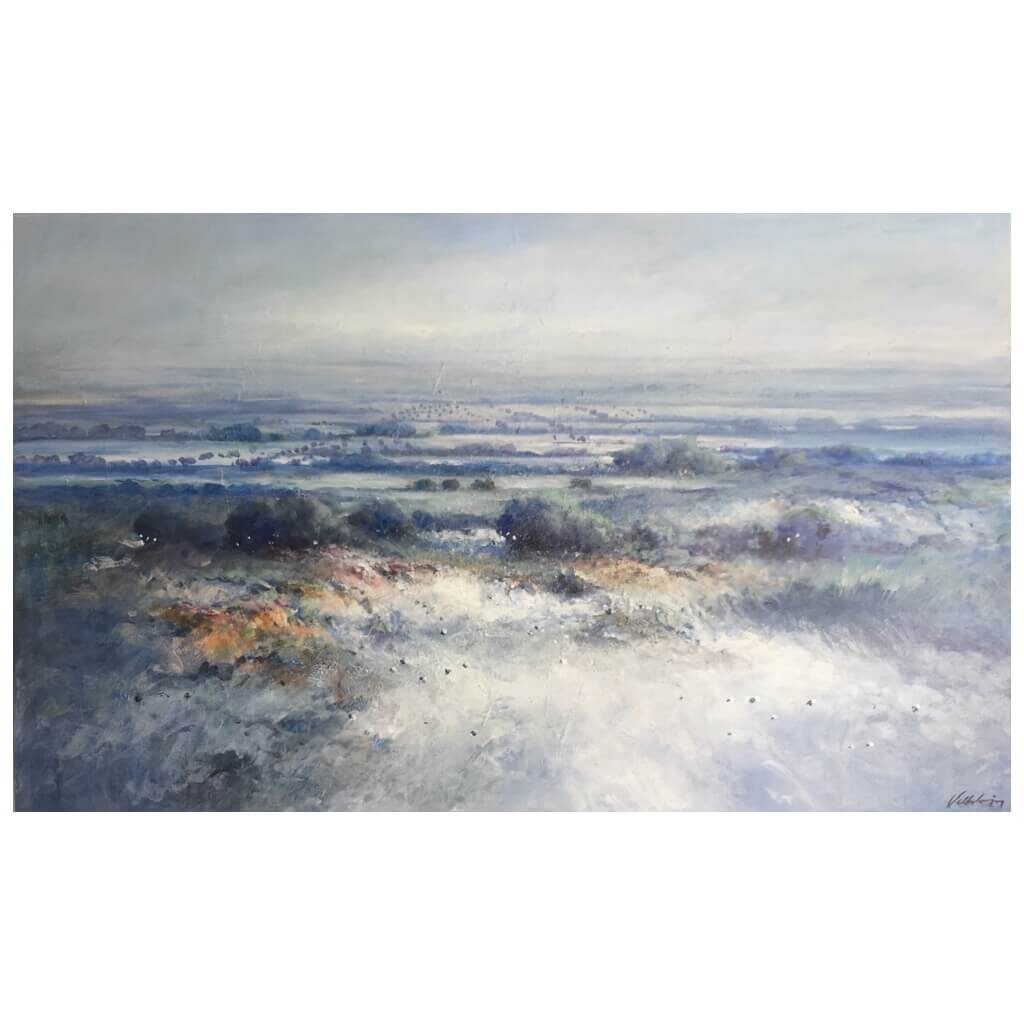 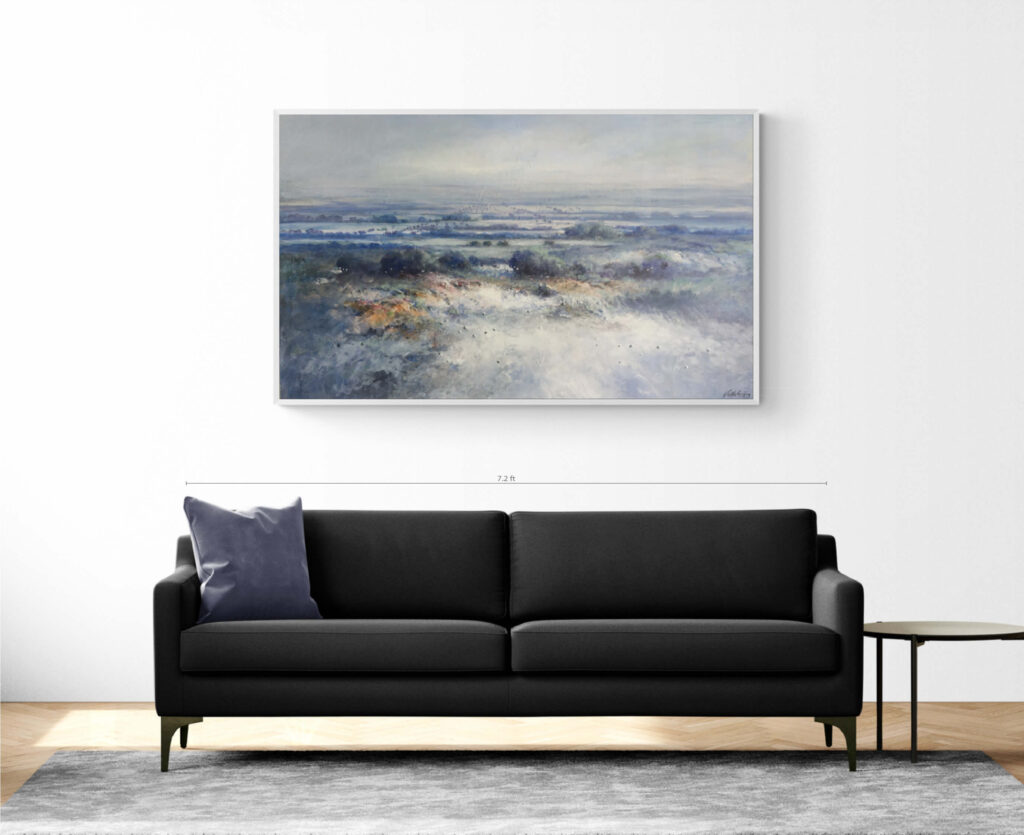 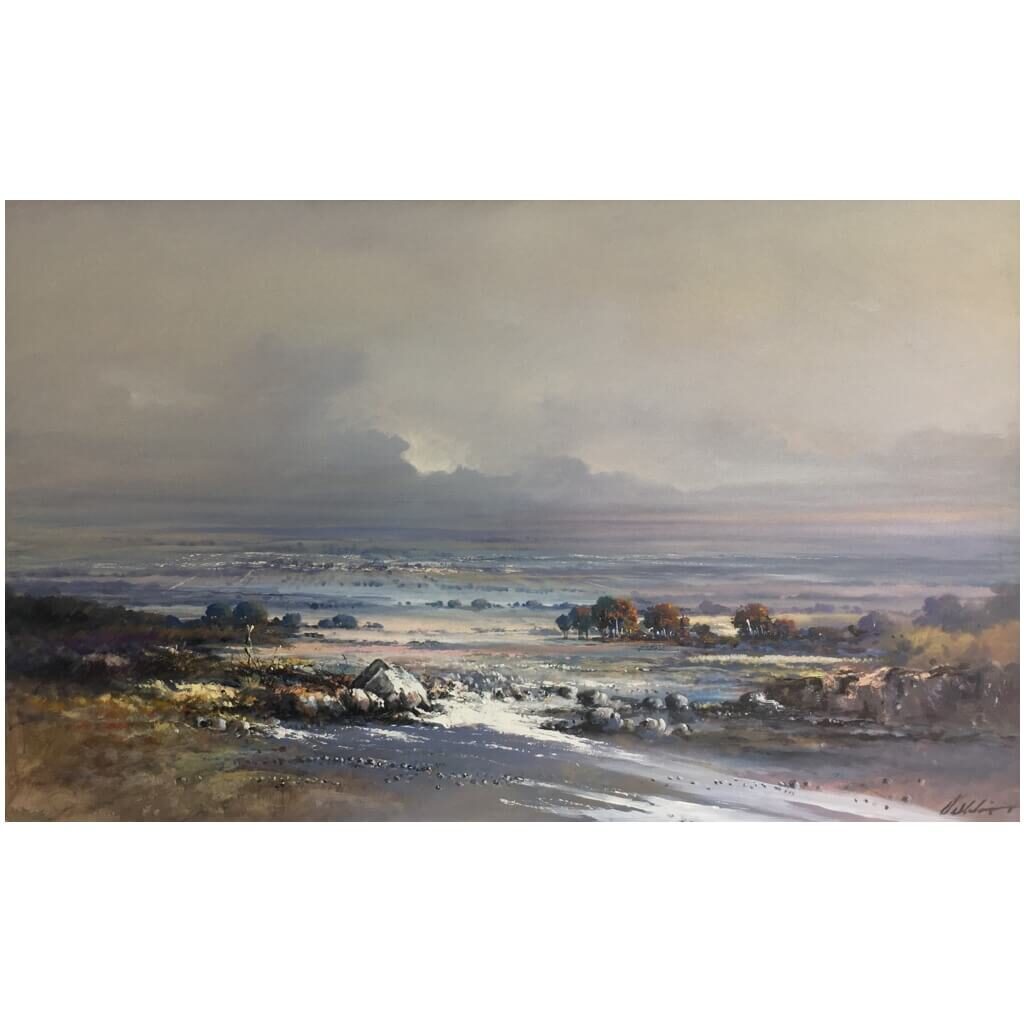 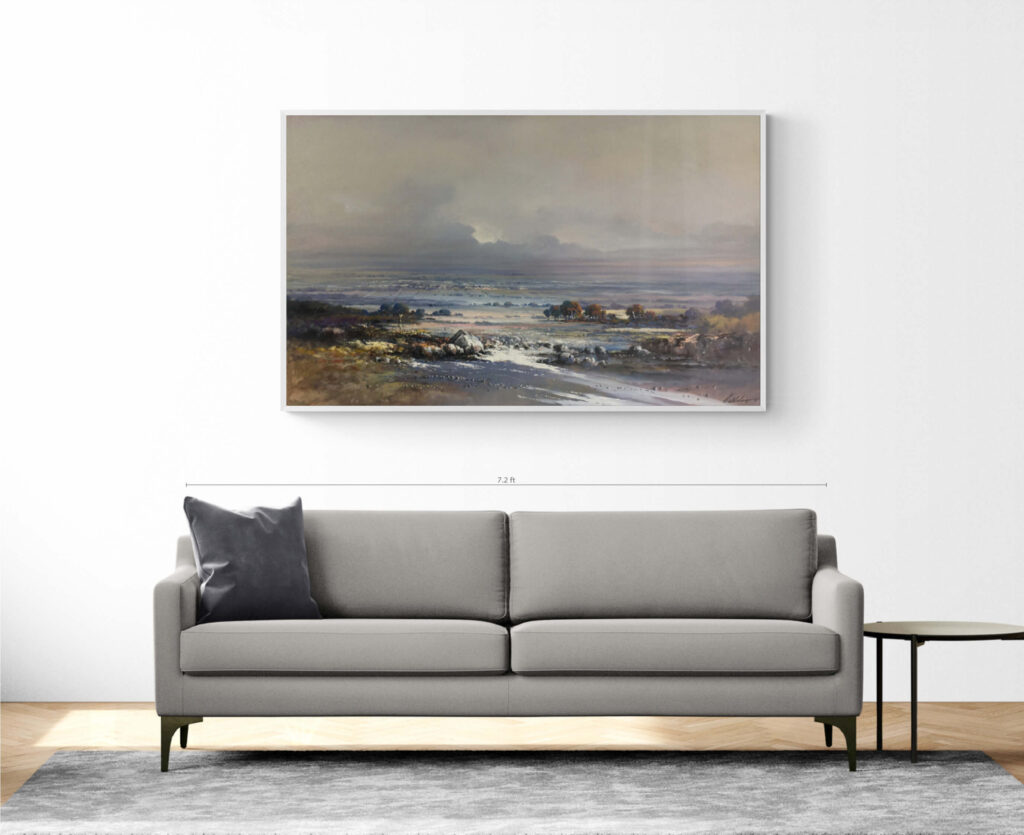 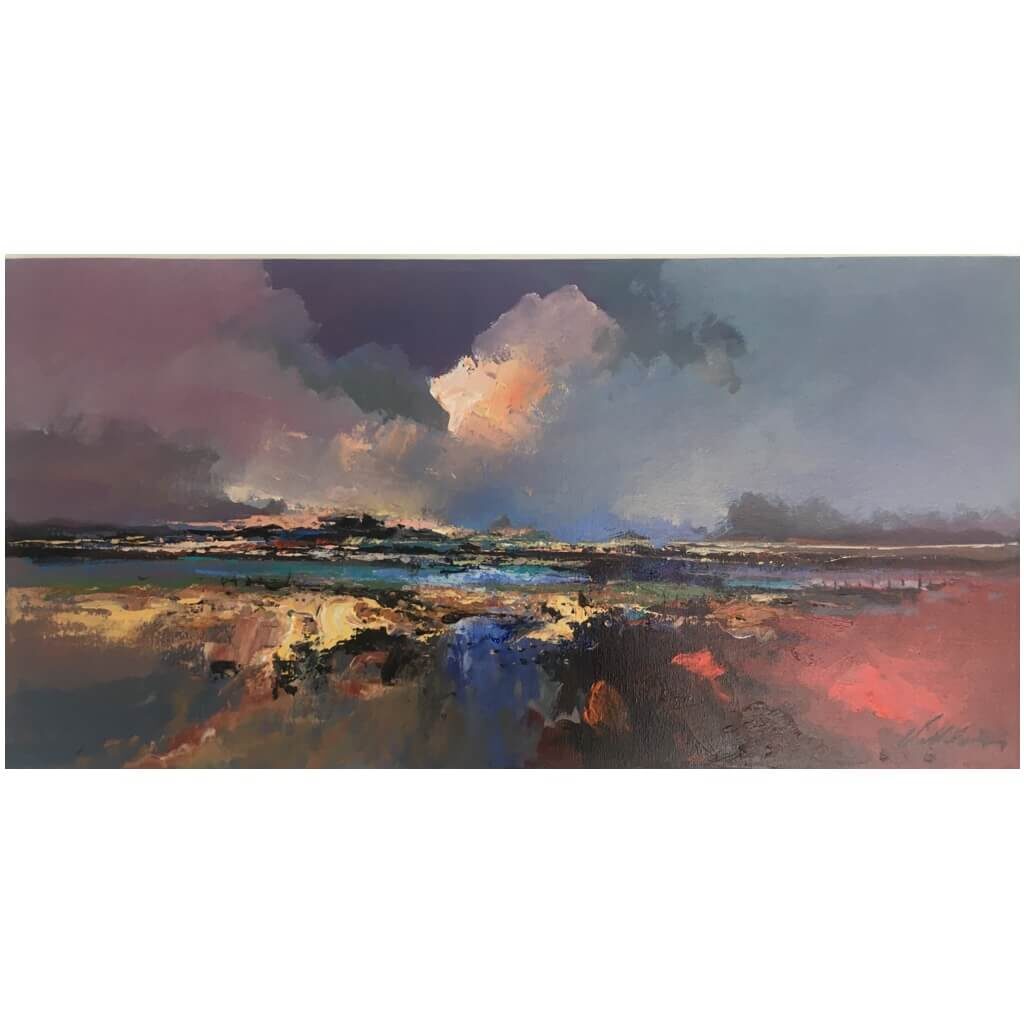 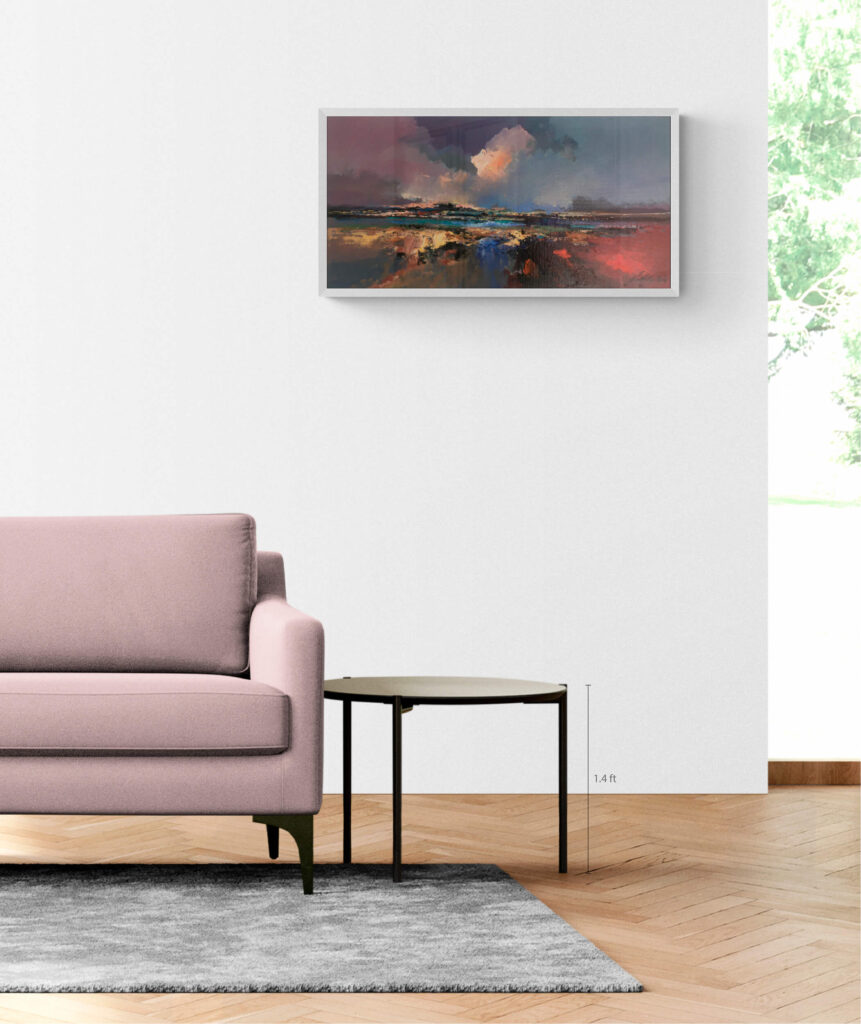 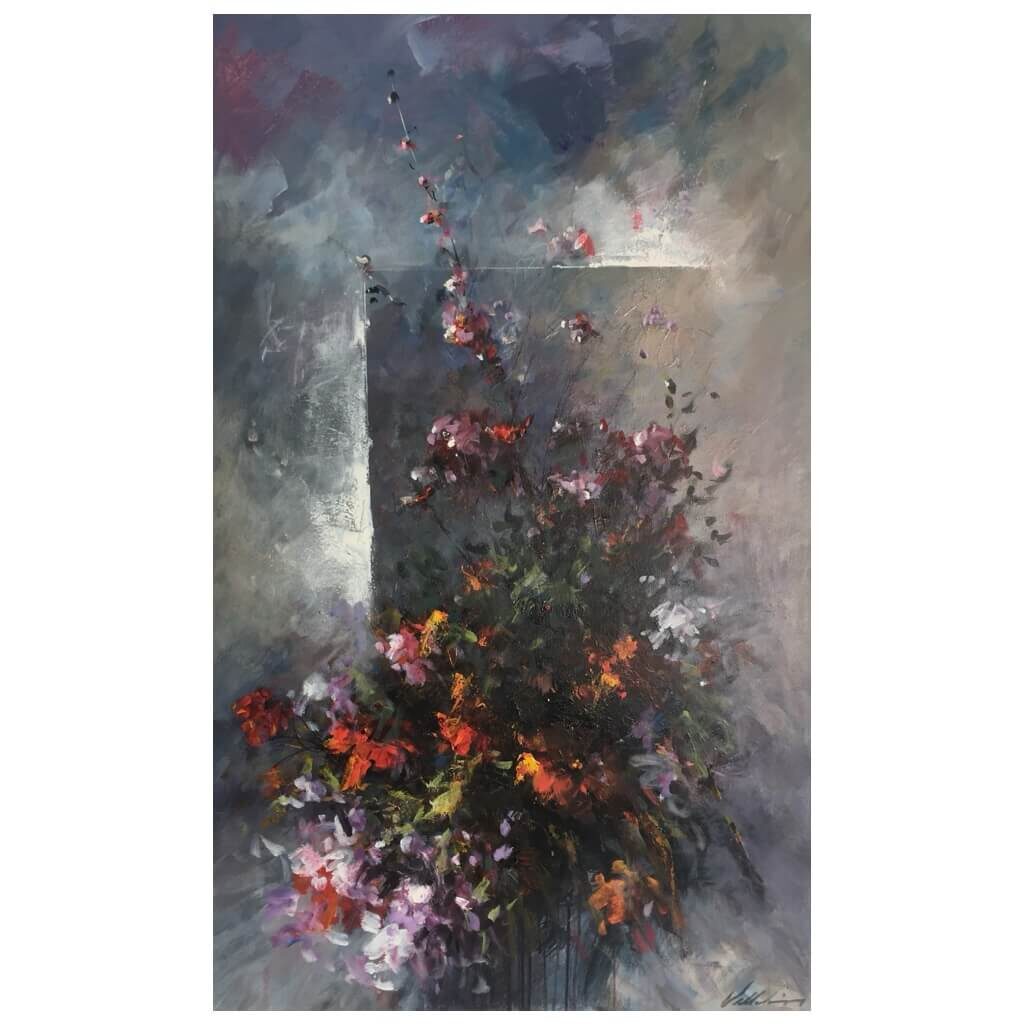 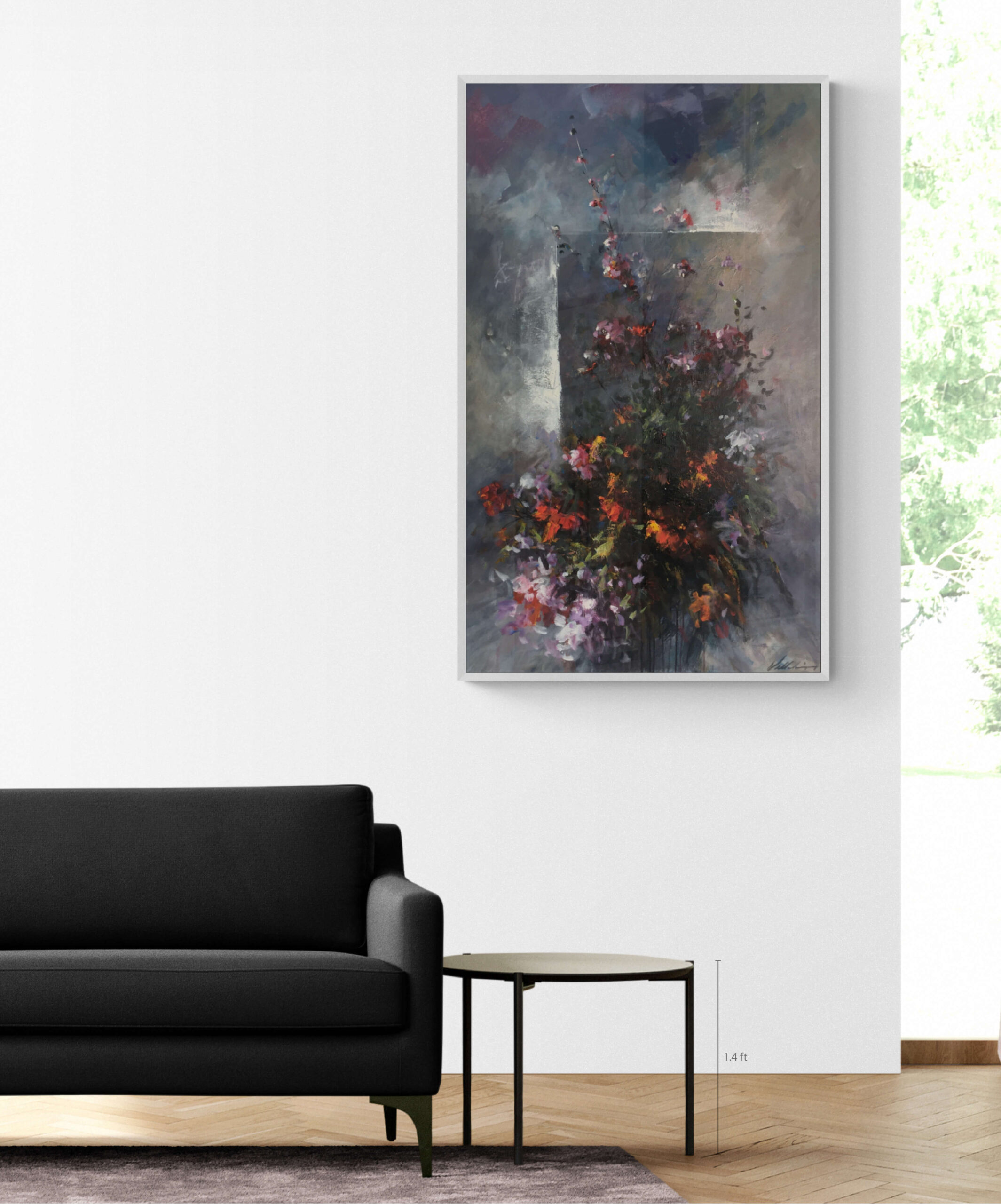 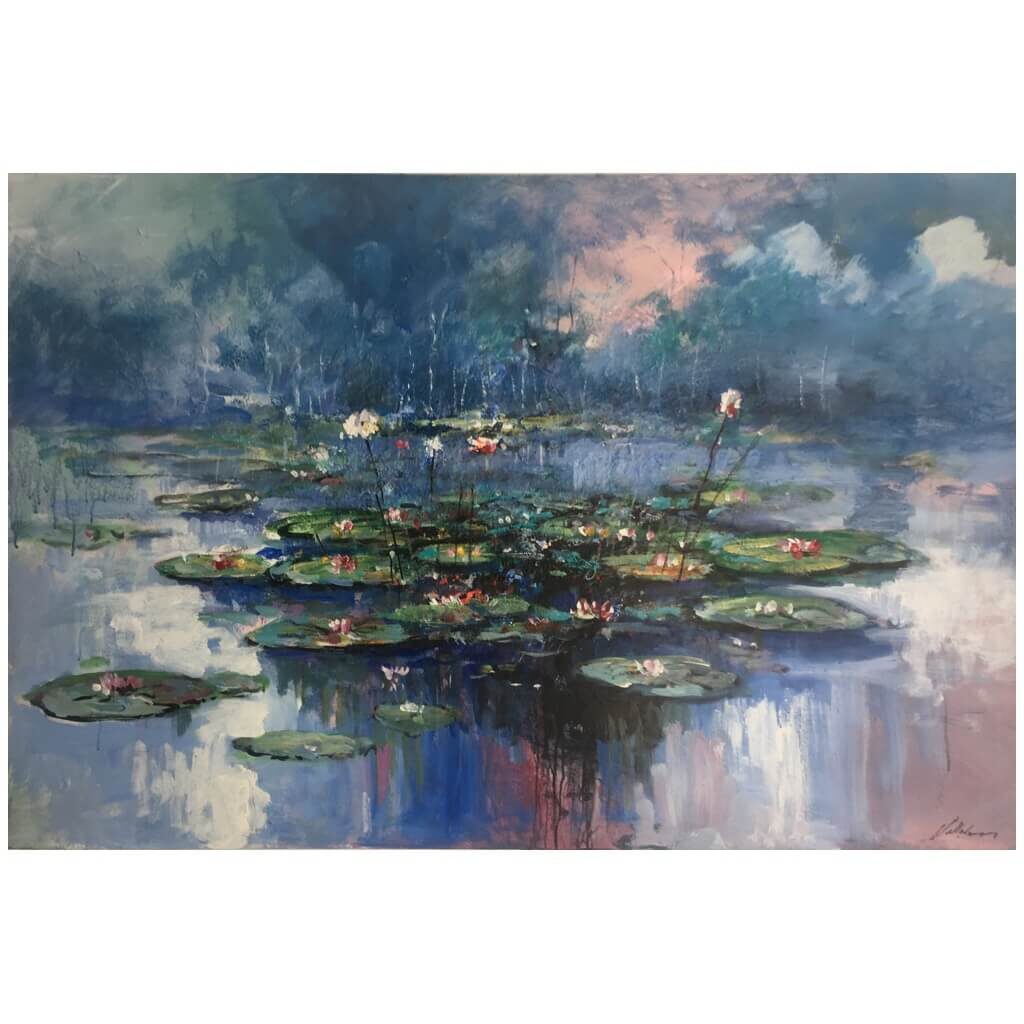 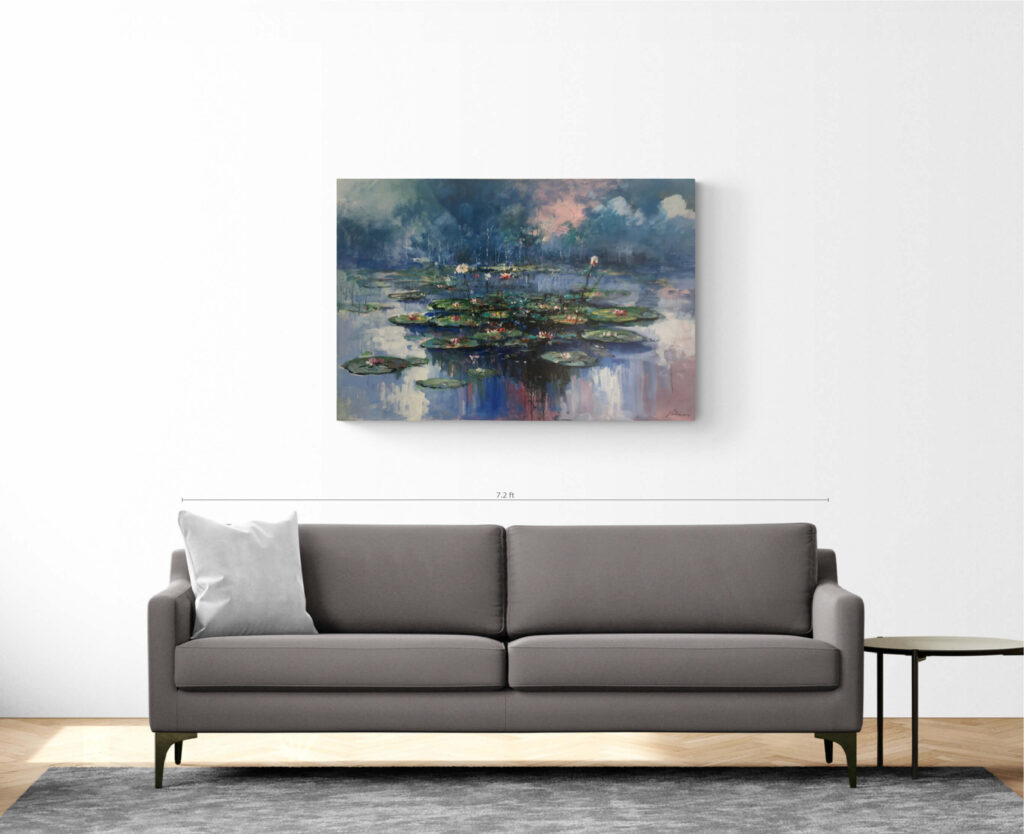 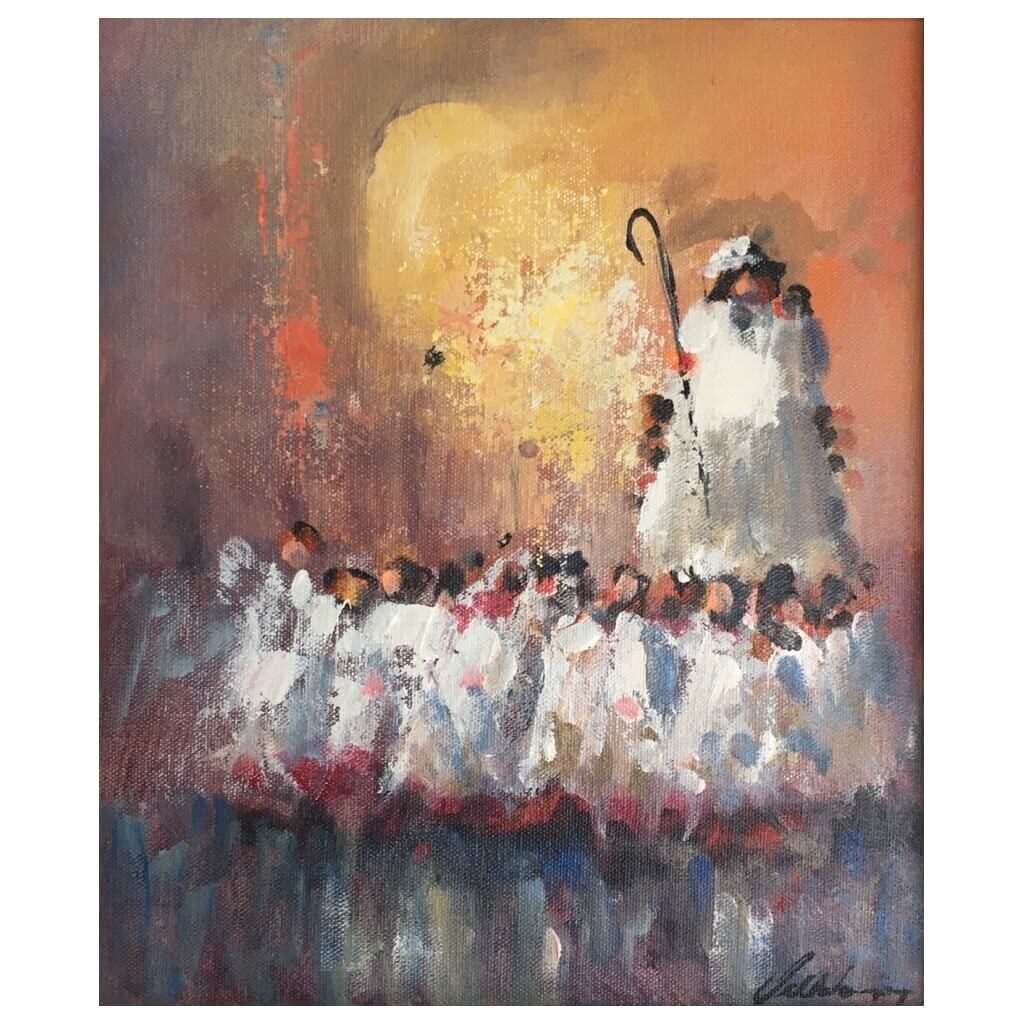 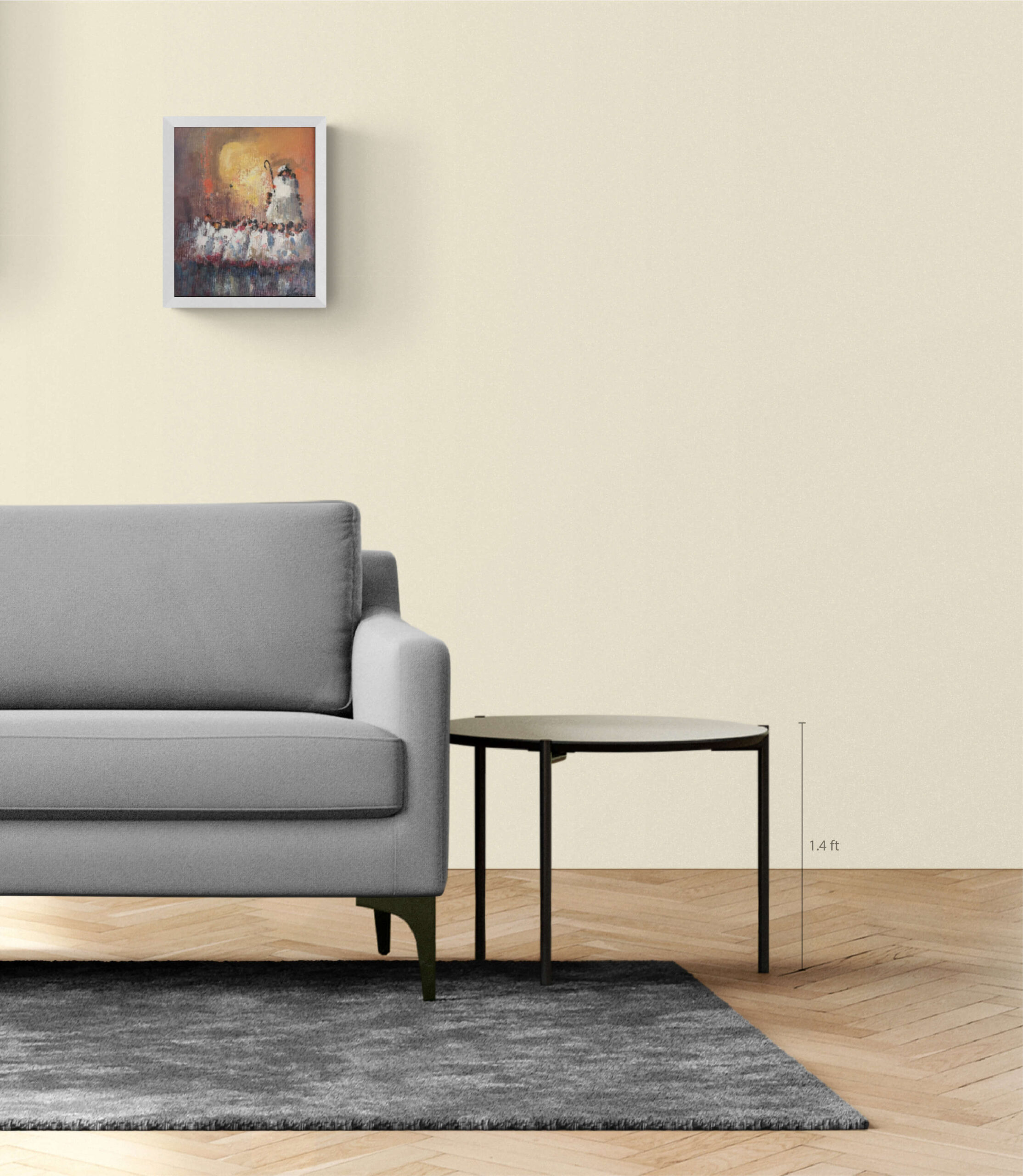 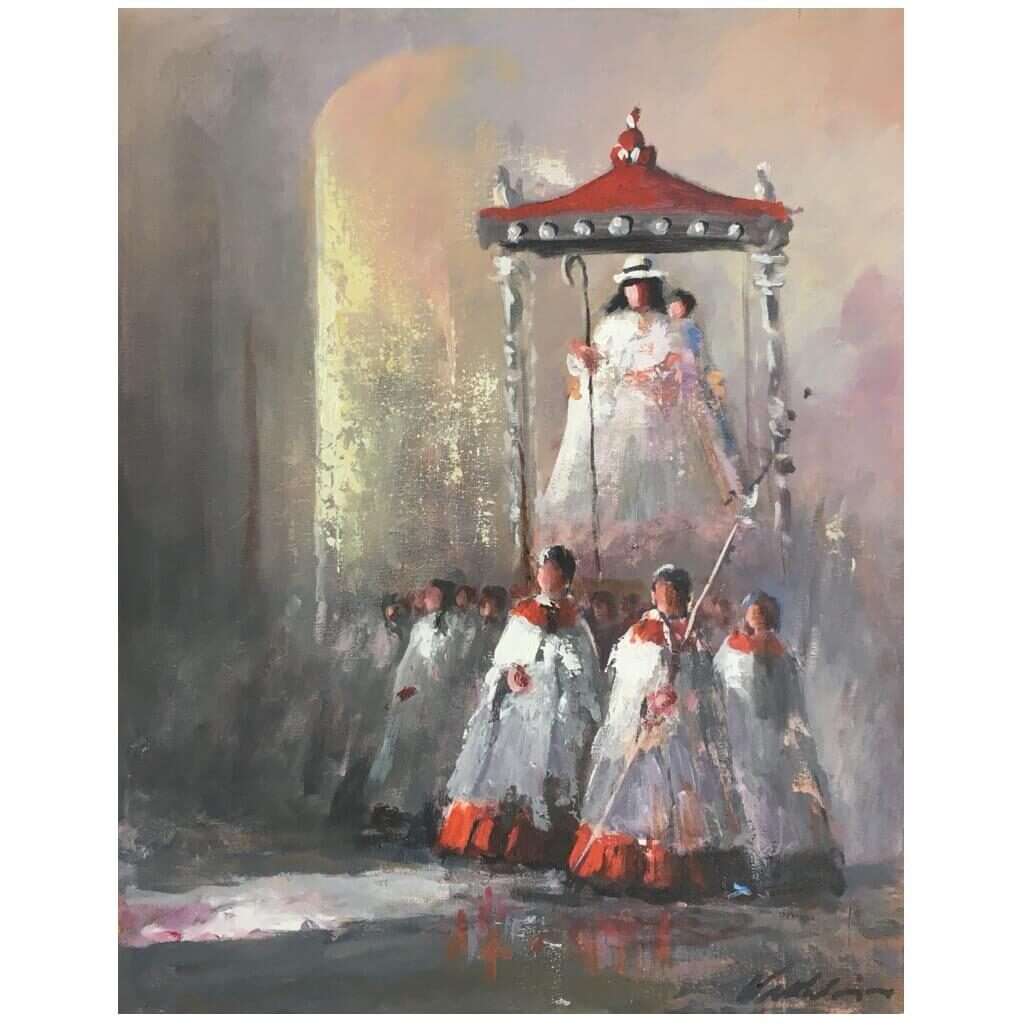 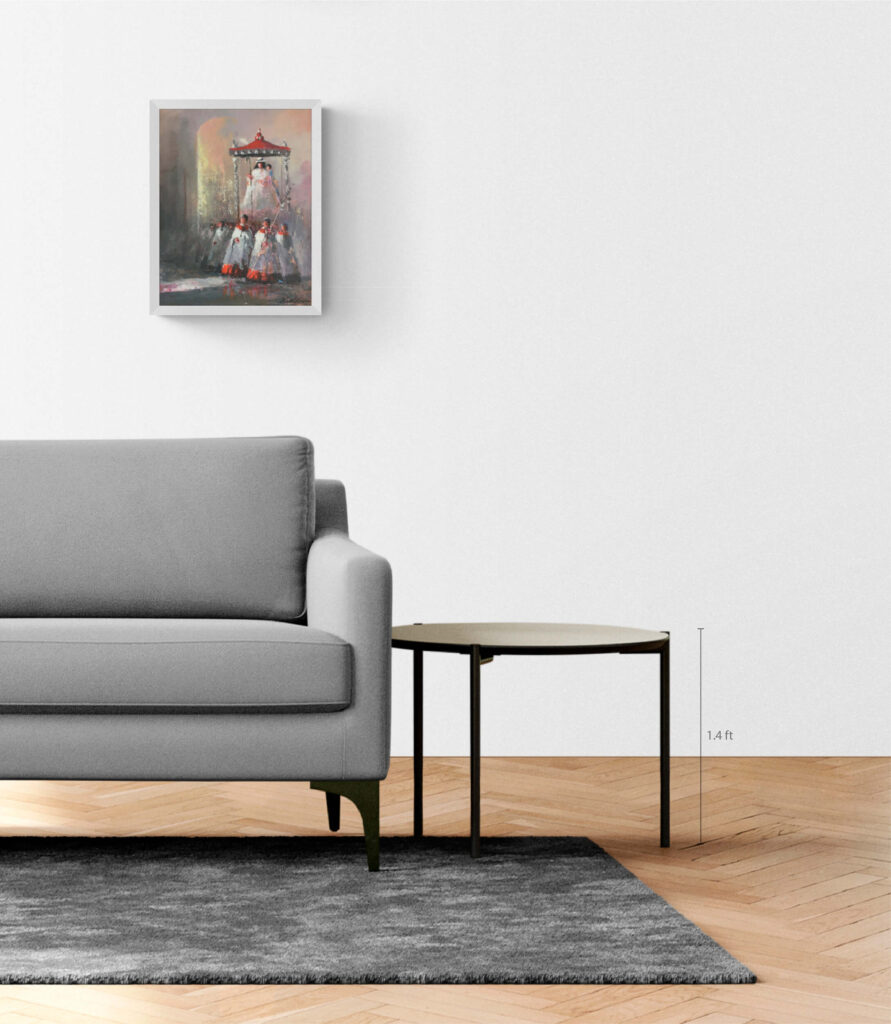 → “Atmospheres of landscape and urbanism”. Country Club of the South, Atlanta, USA.

Nací de una flor, (I was born from a flower)

José Basanta
$2,171.00
Add to cart
View more
Start typing to see products you are looking for.