Rigoberto Astupuma (Caracas, 1978) is a graduate of the Universidad Nacional Experimental de Artes (Unearte), in Caracas, with a Master’s degree in Visual Arts, Research Mention at the Instituto Pedagógico Libertador. He develops a pictorial work identified with Pop Surrealism, also called Lowbrow, terms coined in the eighties in the United States. In his work there is an important influence of one of the most notorious artists of this trend, the North American Mark Ryden. Astupuma develops genres with a long tradition in the history of art such as still lifes and court themes, but related to an imaginary that came from cinematography, illustration, punk, among other contemporary visual sources. His work presents high quality in the domain of pictorial technique. He uses oil to create effects of volumes, transparencies and minute details. One of his first subjects of study, which he still maintains today, are still lifes, made with fruit elements, glass jars, raw meats or sweets. Since 2015, he has produced artworks in which he incorporates characters from science fiction cinema. Later he takes from children’s literature an arsenal of imaginary characters, illusionists and magicians. Humanized animals similar to Aesop’s narrative are also frequent in his repertoire, possessing an aura of mystery. Some of his human figures break with the classic canon of the human body, placing enlarged heads and eyes, in small bodies according to the style of Japanese manga. In the scenarios, stuffed animals, dolls, roses, dinosaurs, pieces of meat are recurring, arranged without an apparent connection to each other. Also noteworthy are the arabesques in the patterns on the furniture fabrics or the surreal landscapes. Although there is a sense of humor and irony in the way he approaches his themes, he ends up creating an attractively dissonant reading, which leaves the real meaning of his works in suspense. 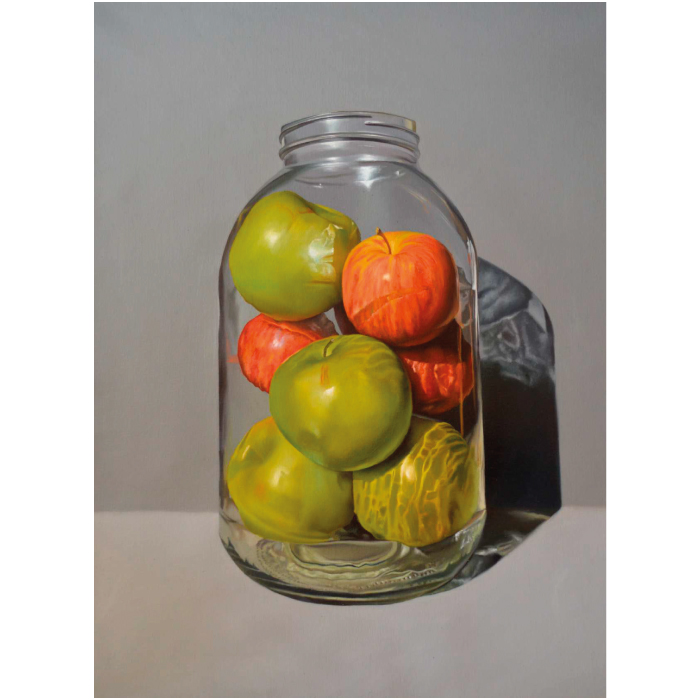 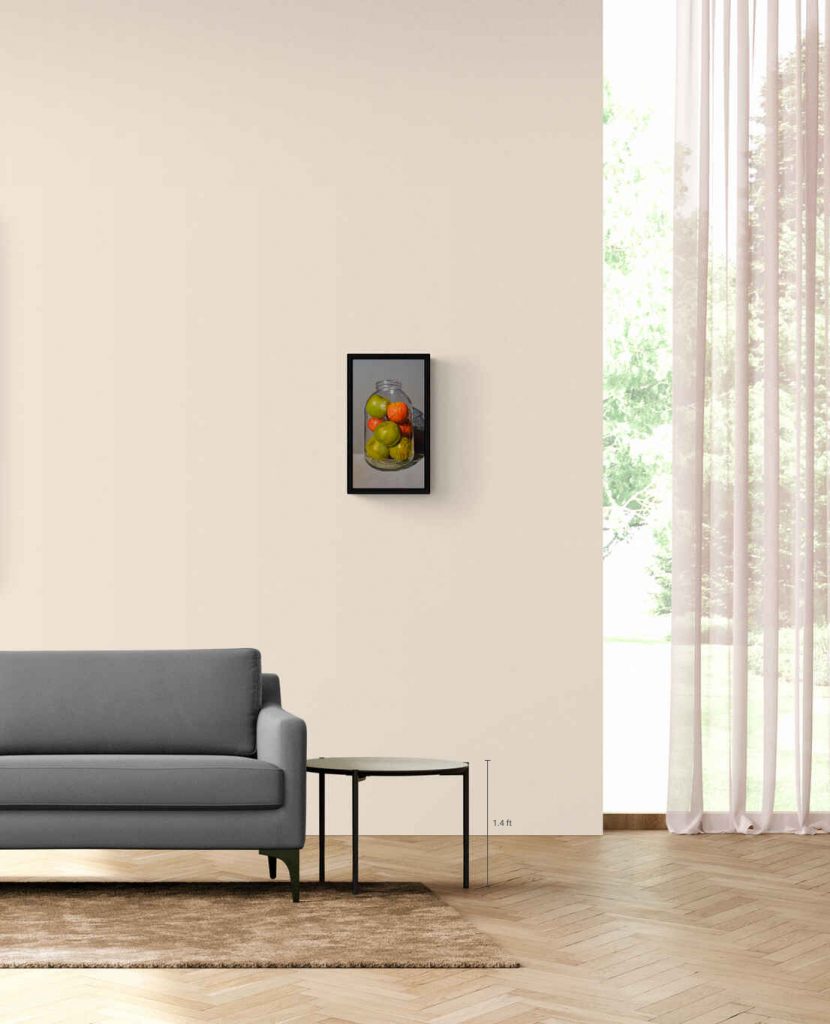 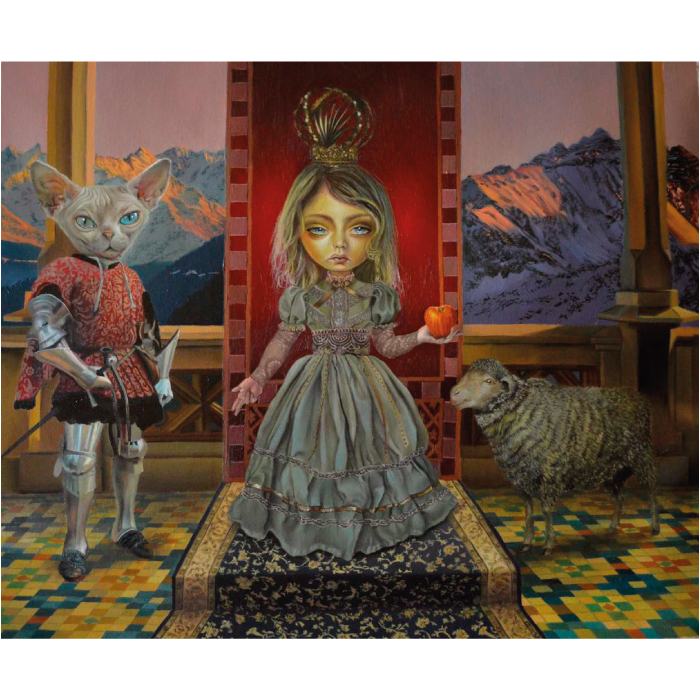 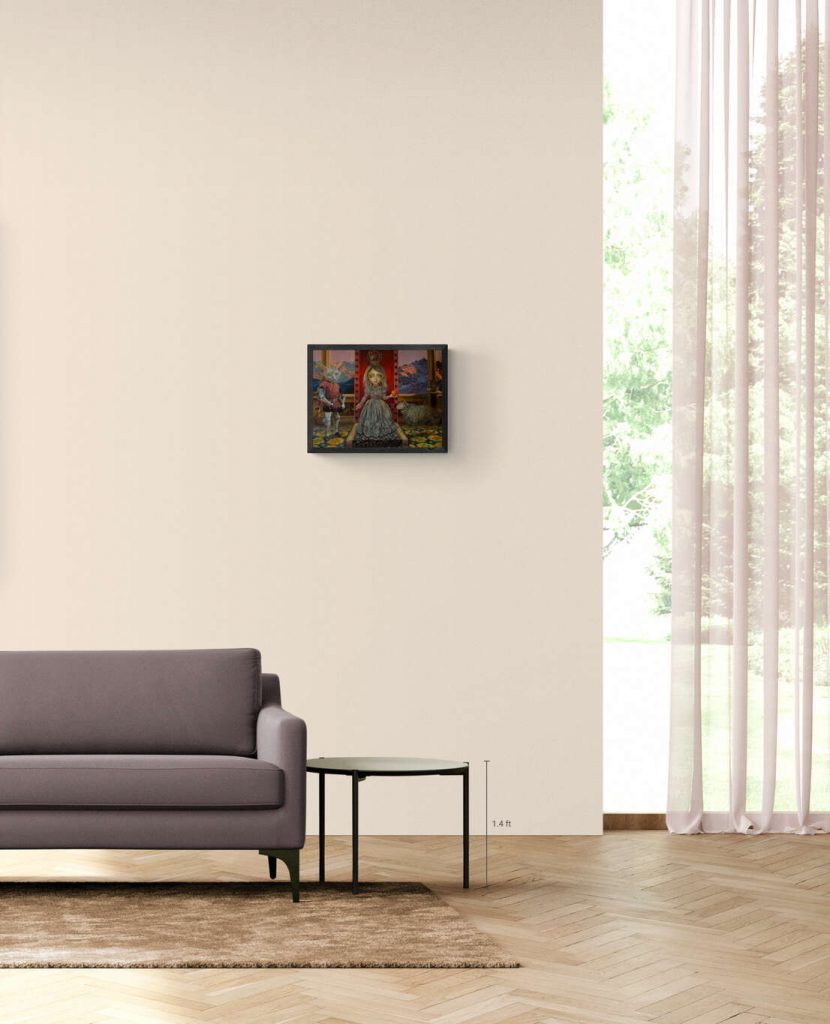 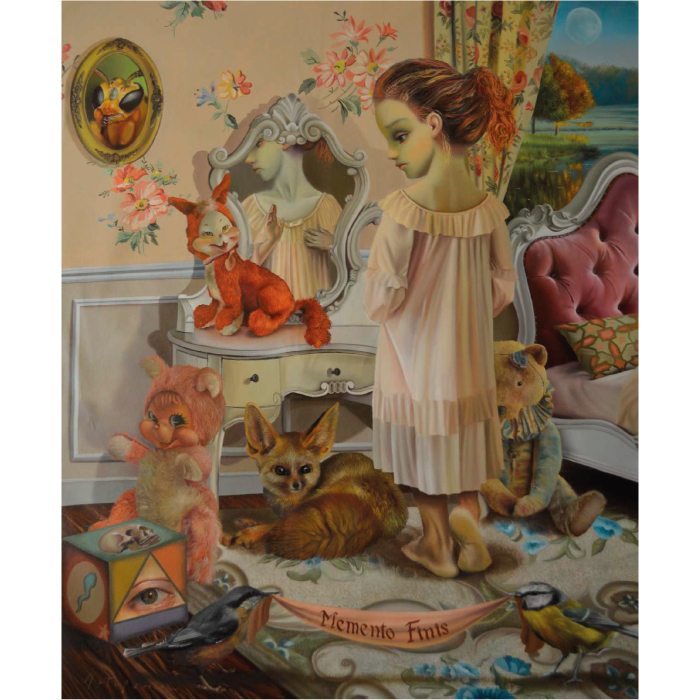 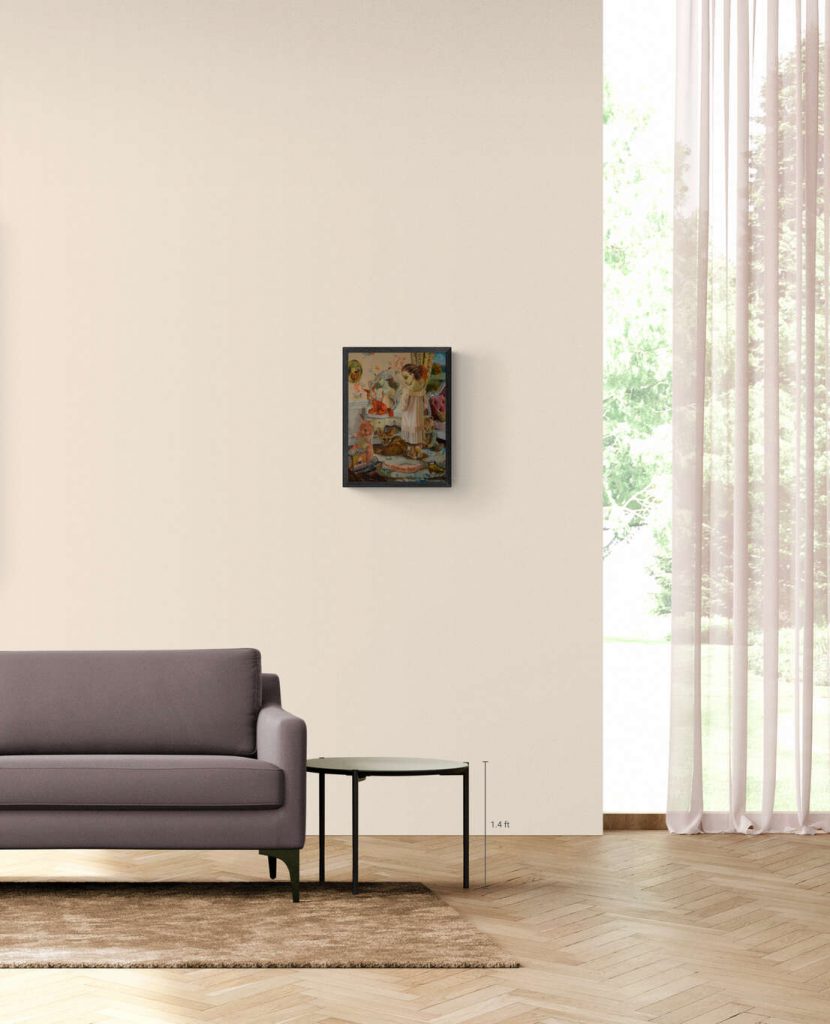 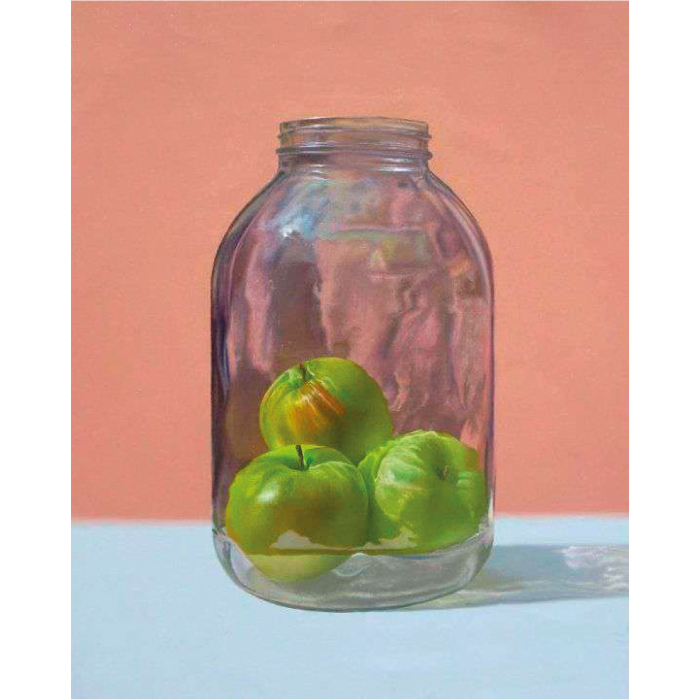 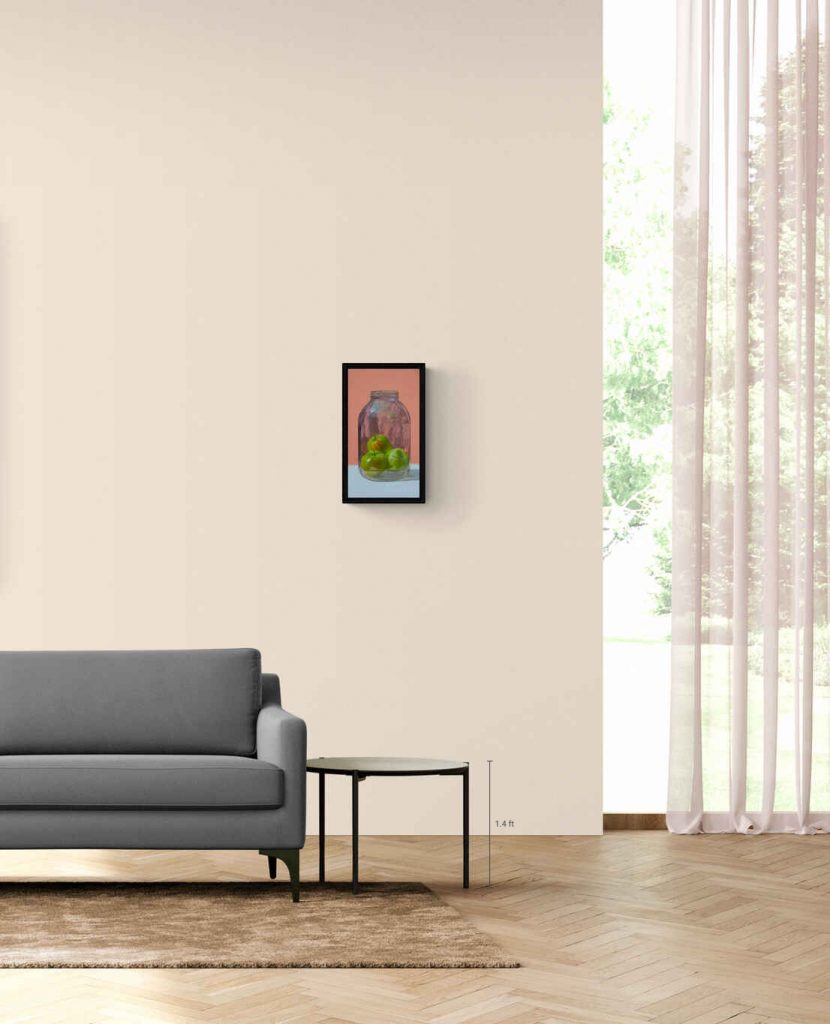 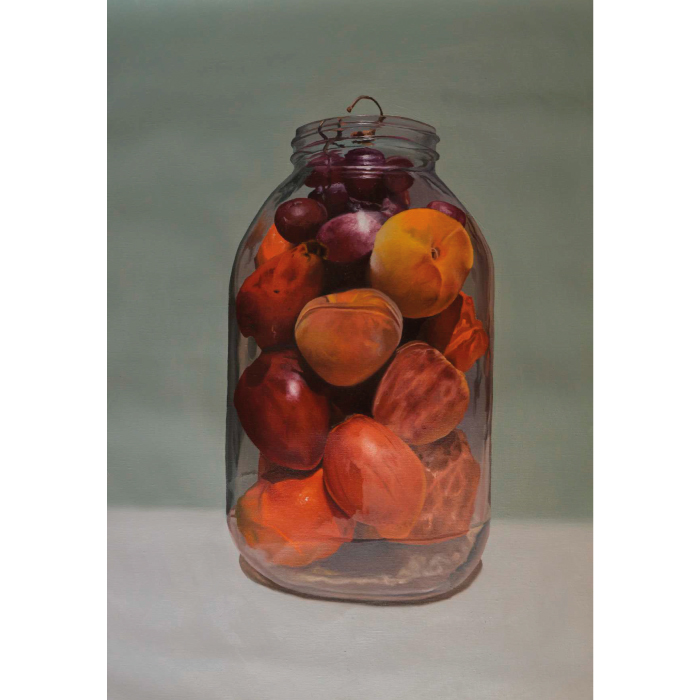 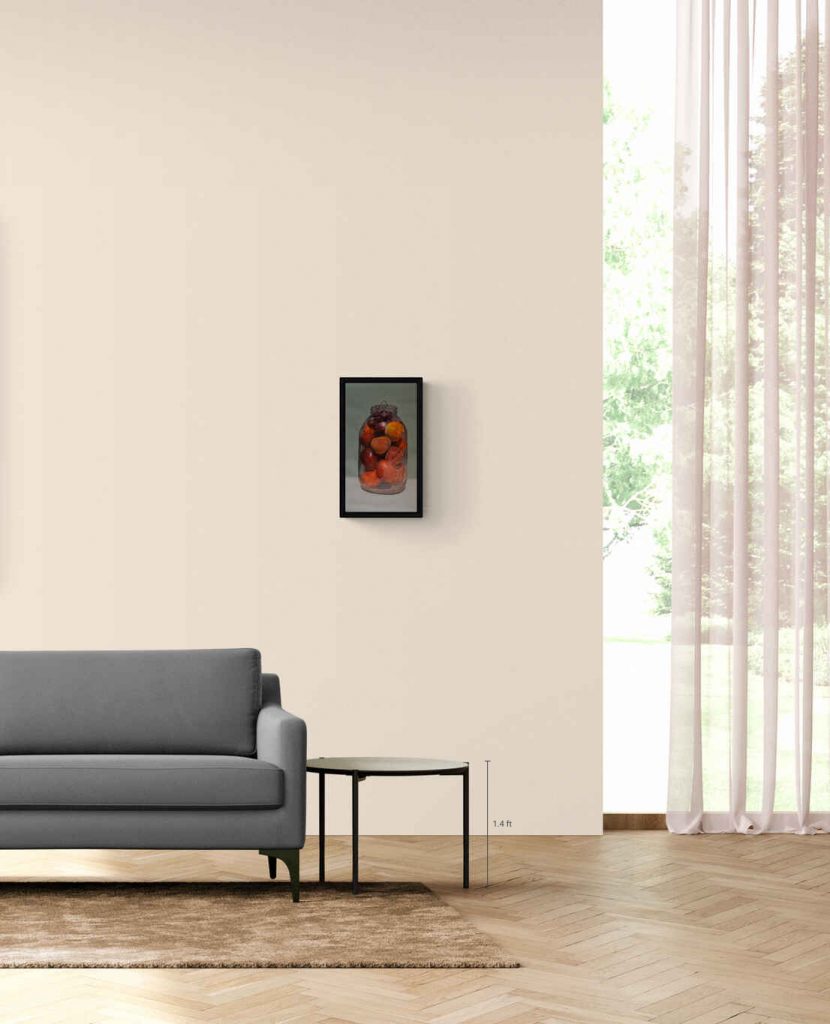 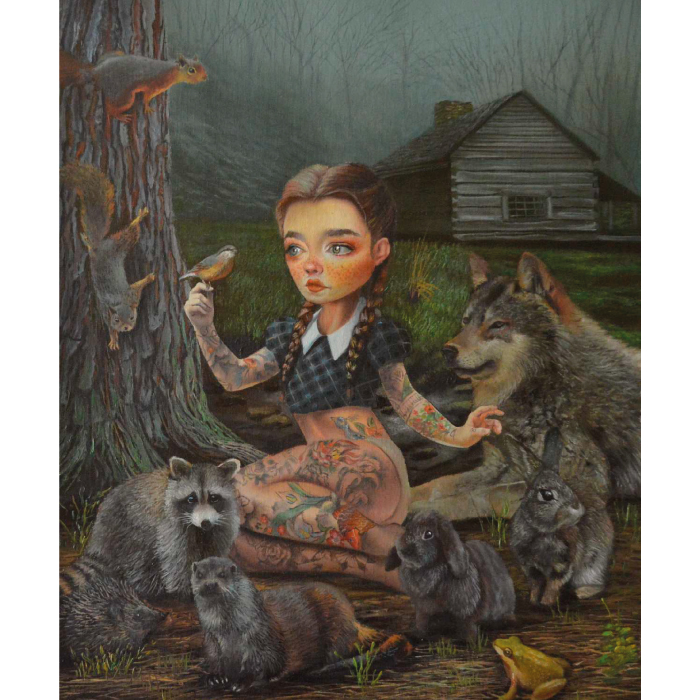 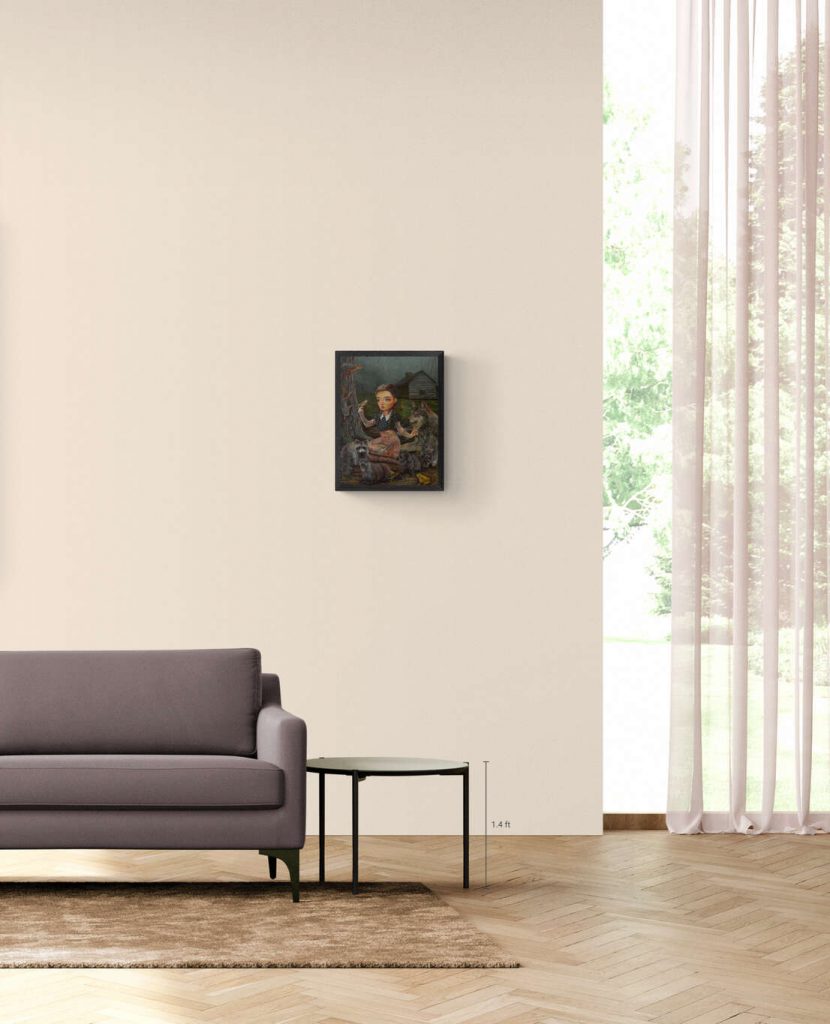 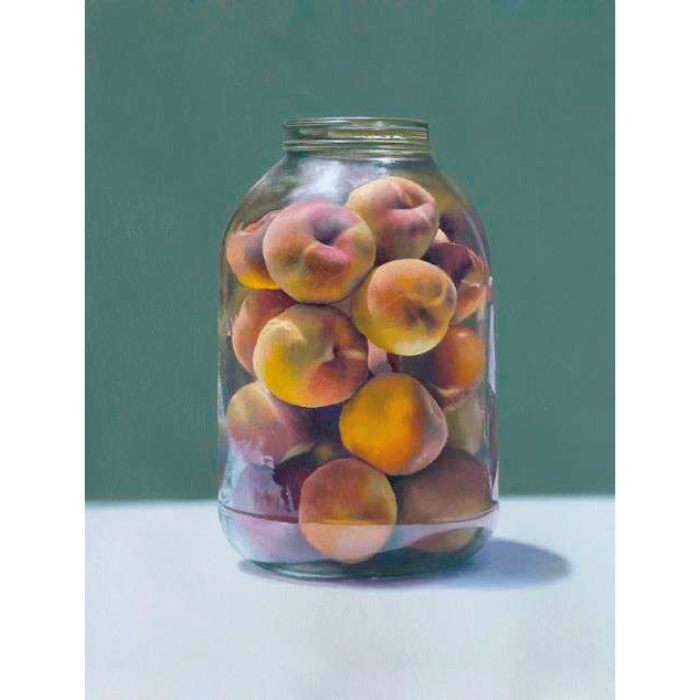 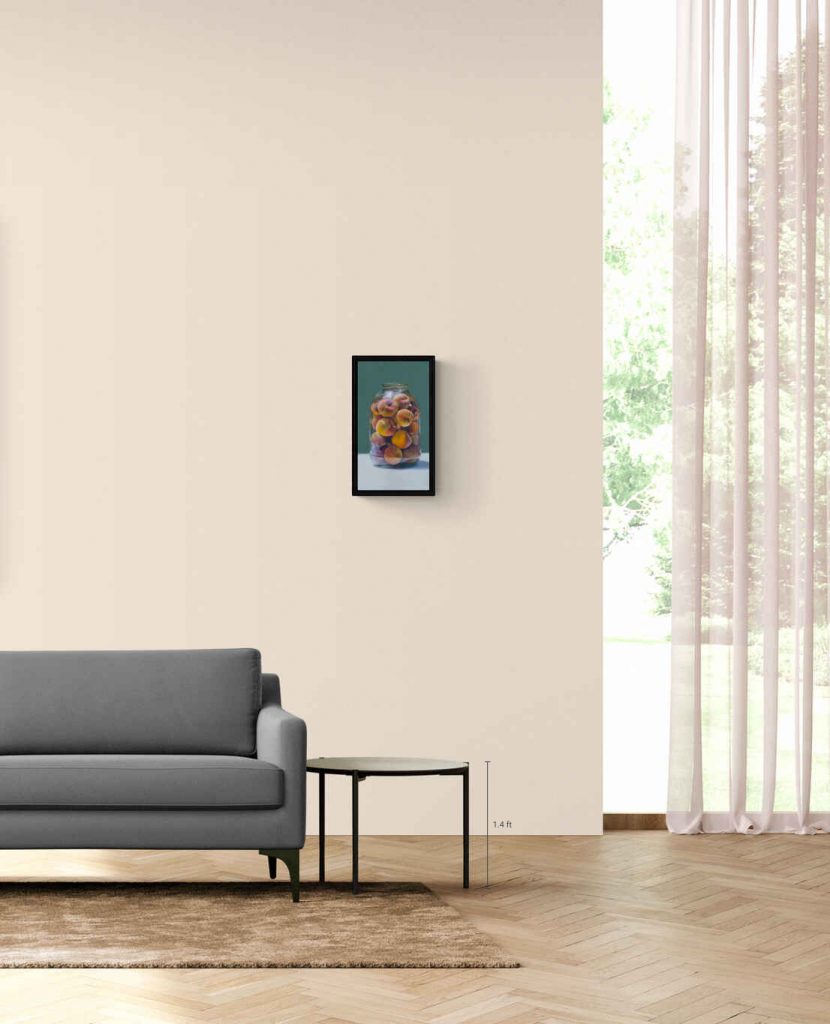 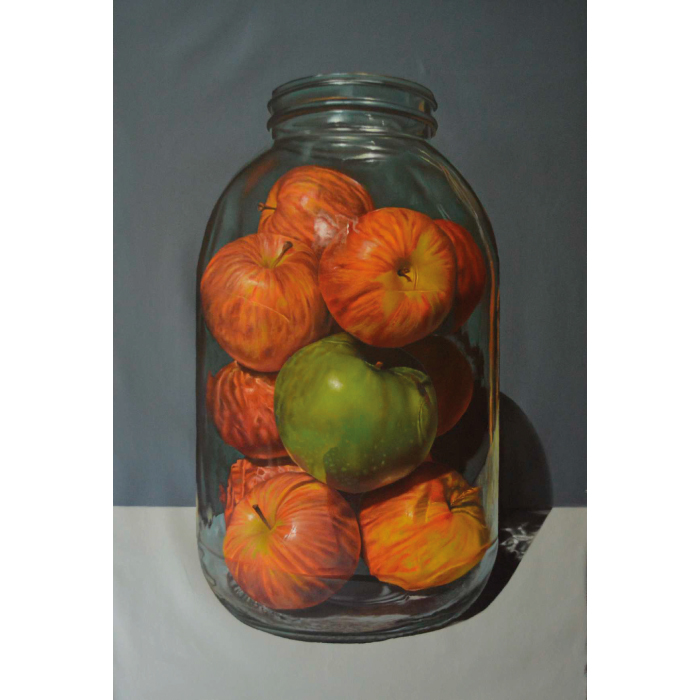 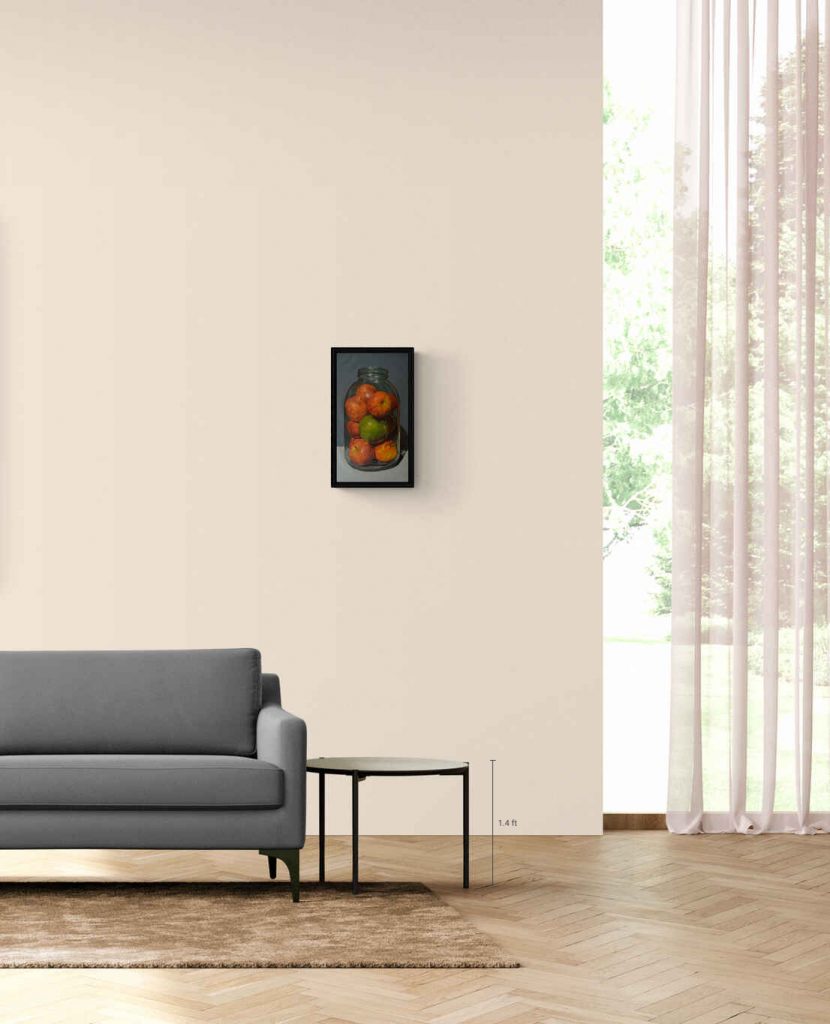 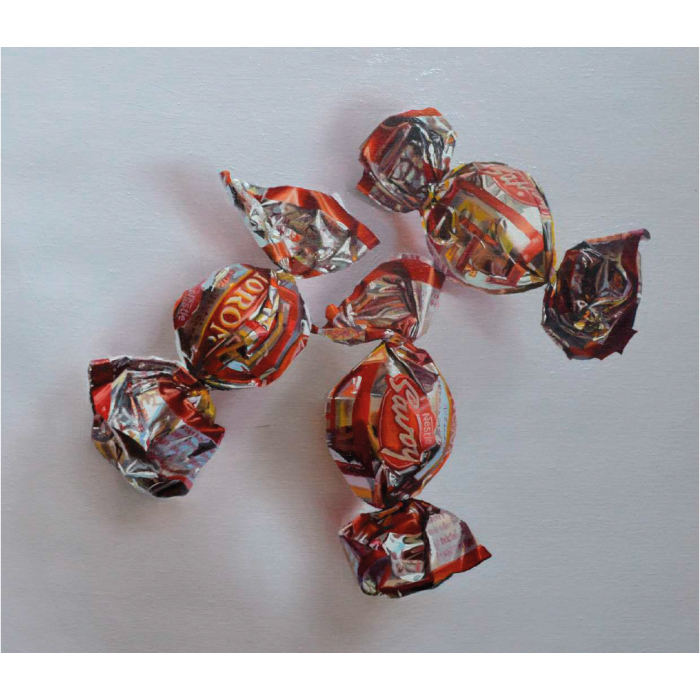 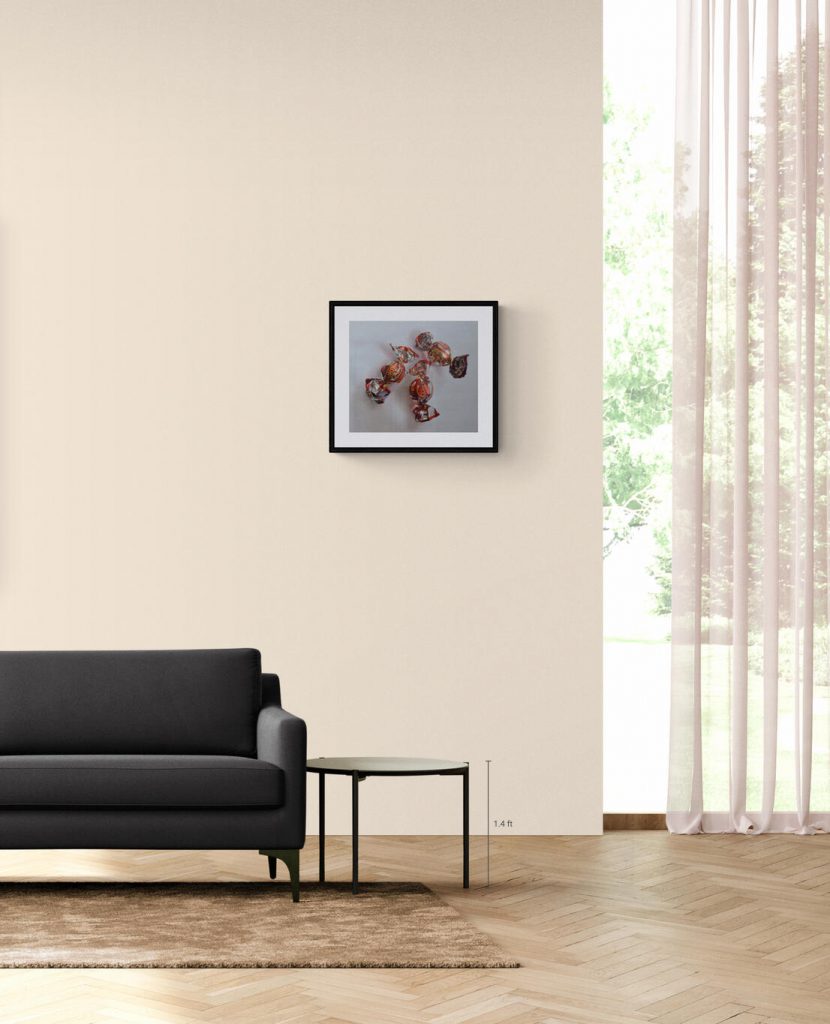 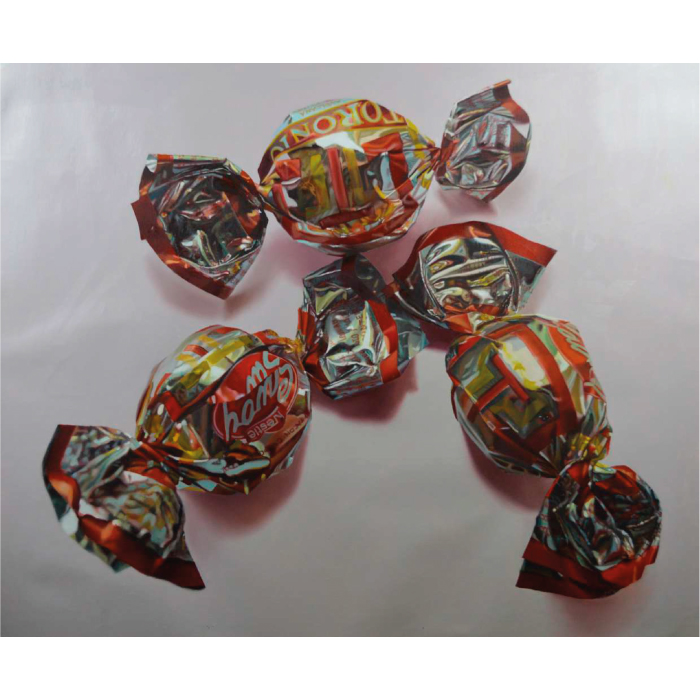 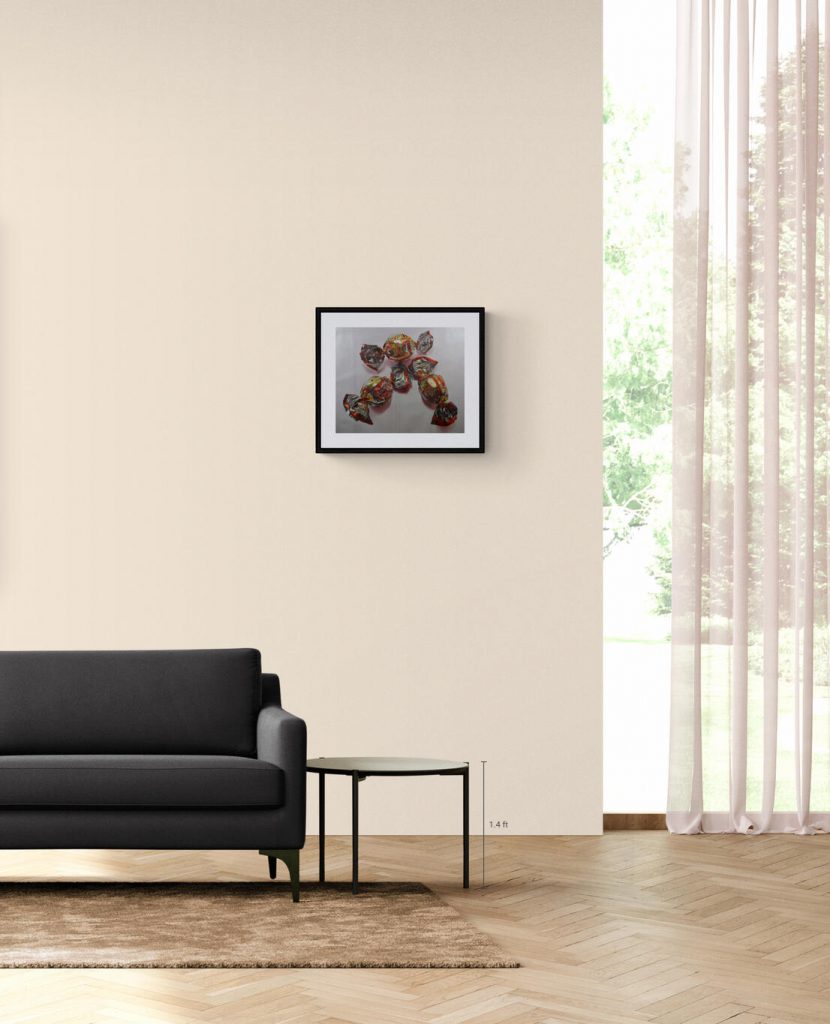 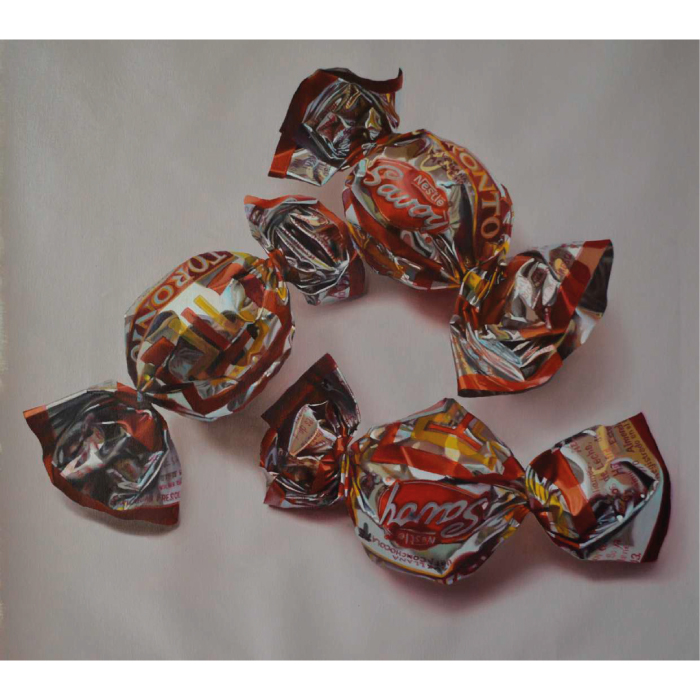 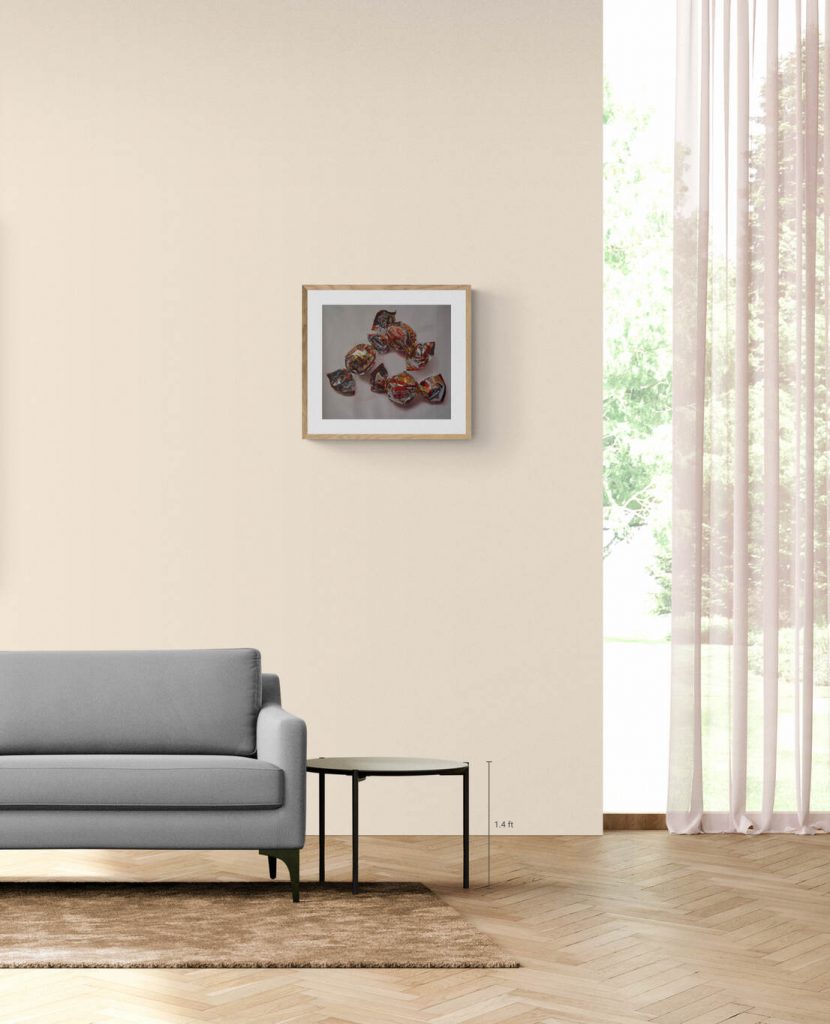 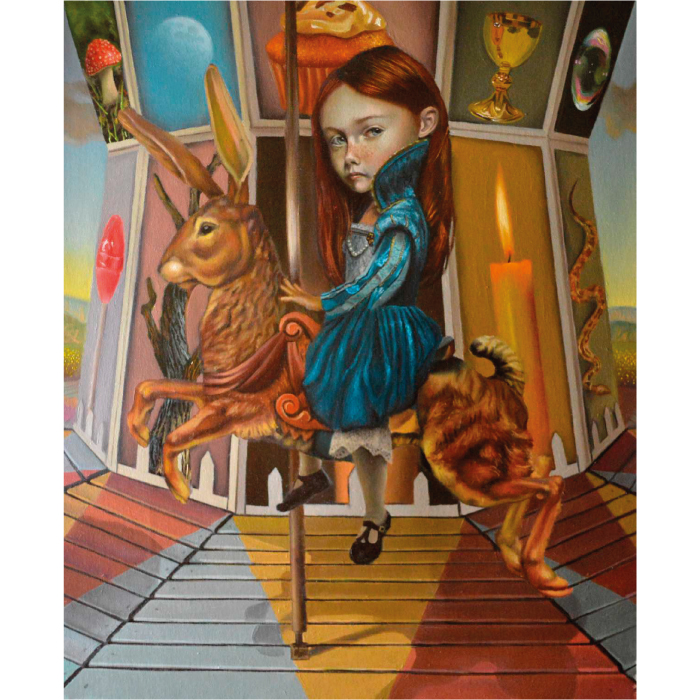 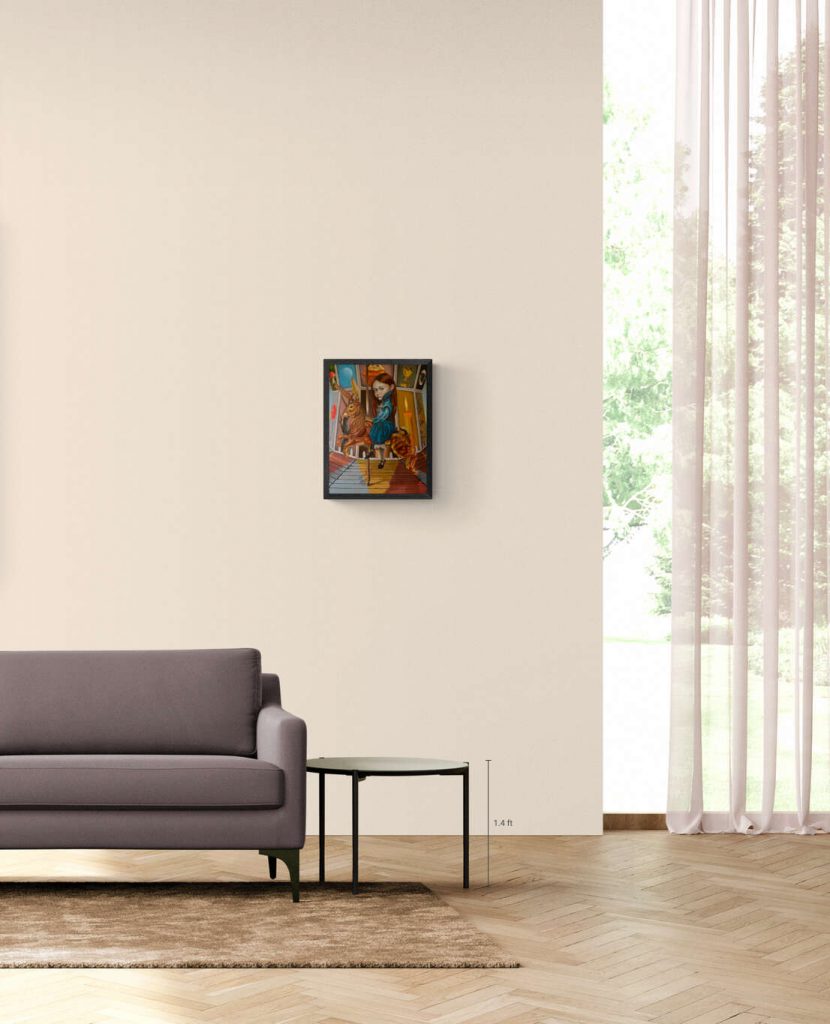 The route of the Lizard and the scrobat muse