Born in Ciudad Bolívar (1960), he studied at the Escuela de Artes Plásticas María Machado de Guevara, in his hometown, and at the Escuela de Artes Visuales Cristóbal Rojas in Caracas, between 1982 and 1984. In 1990 he studied at the Atelier Contre Point, in Paris. In all the artistic production of Basanta, the jungle has been present, the geographical environment in which he was born and to which he has unconditionally returned despite his frequent trips and stays abroad. The jungle has remained as a powerful protagonist, full of mystery and strength.

In his first phase, the painting presents a chromatic palette of dark colors, which later became more luminous. After his trip to France and under the influence of European light, he returned to ocher and opaque tones. He uses the technique of assembling with organic elements, wood, sand, earth, to make large-format installations. The plastic resolution tends to highlight the organic character of these extra pictorial elements and the irregularity of the intervened fabrics with wrinkles and scratches. The four natural elements, fire, air, earth and water, are combined with a fifth element, the ether, which permeates all space, and which in Basanta’s work is shown with an overwhelming expressive charge. His representation is not illustrative, it ends up being an abstract proposal from which he takes with his brushstroke the force of the landscape and the atmosphere.

For the artist, the Guayanese jungle means “the slightest movement of terrifying nature, which envelops the human being with its magic, precisely there I settle.” Basanta stays for long periods in the jungle, knows its magic, and the wisdom of life and death contained in it. In recent years, he has produced works on canvas in smaller formats. 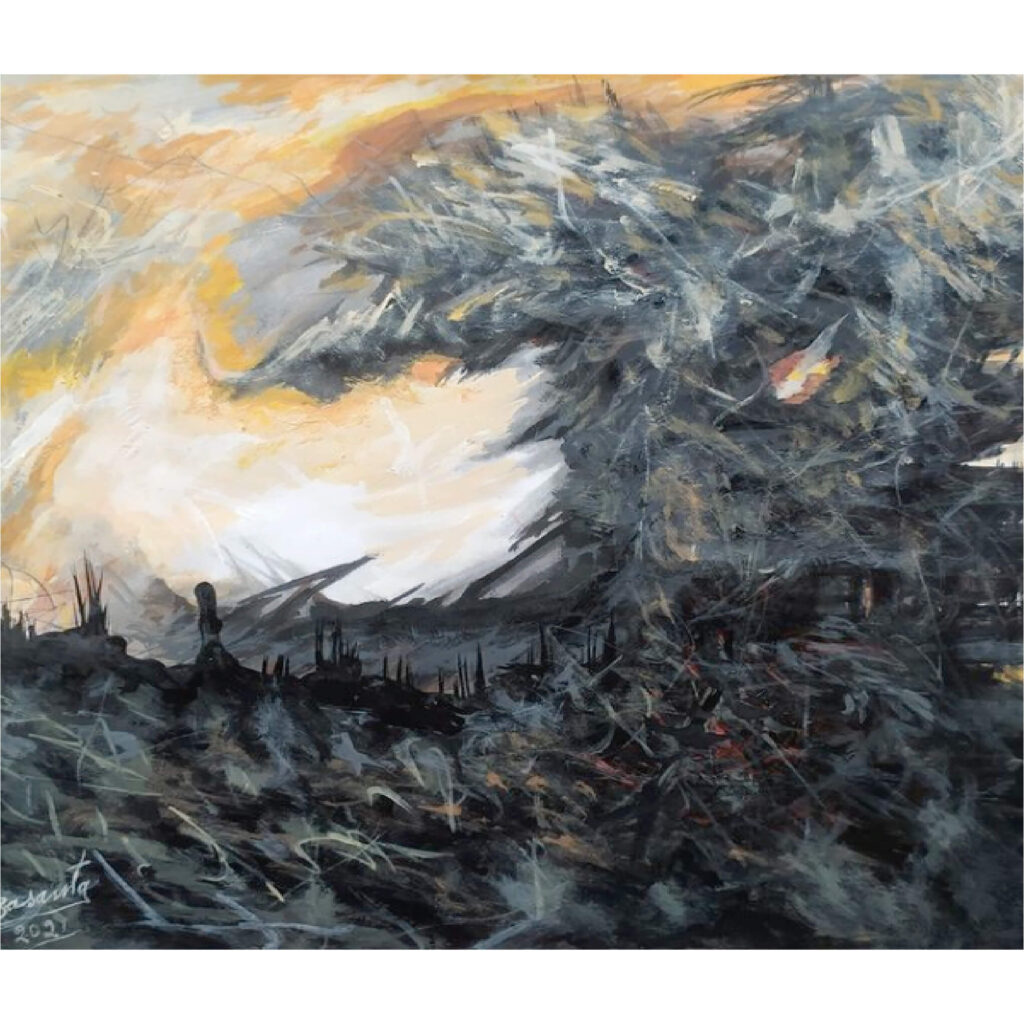 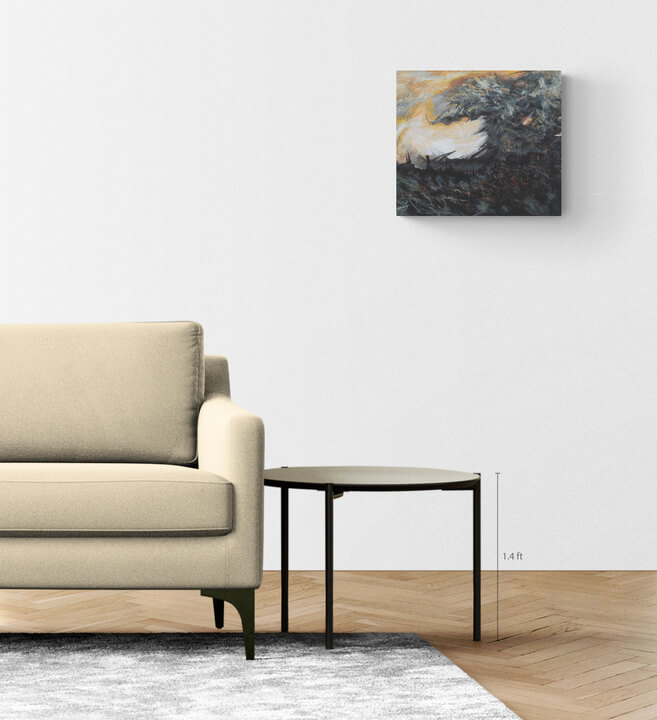 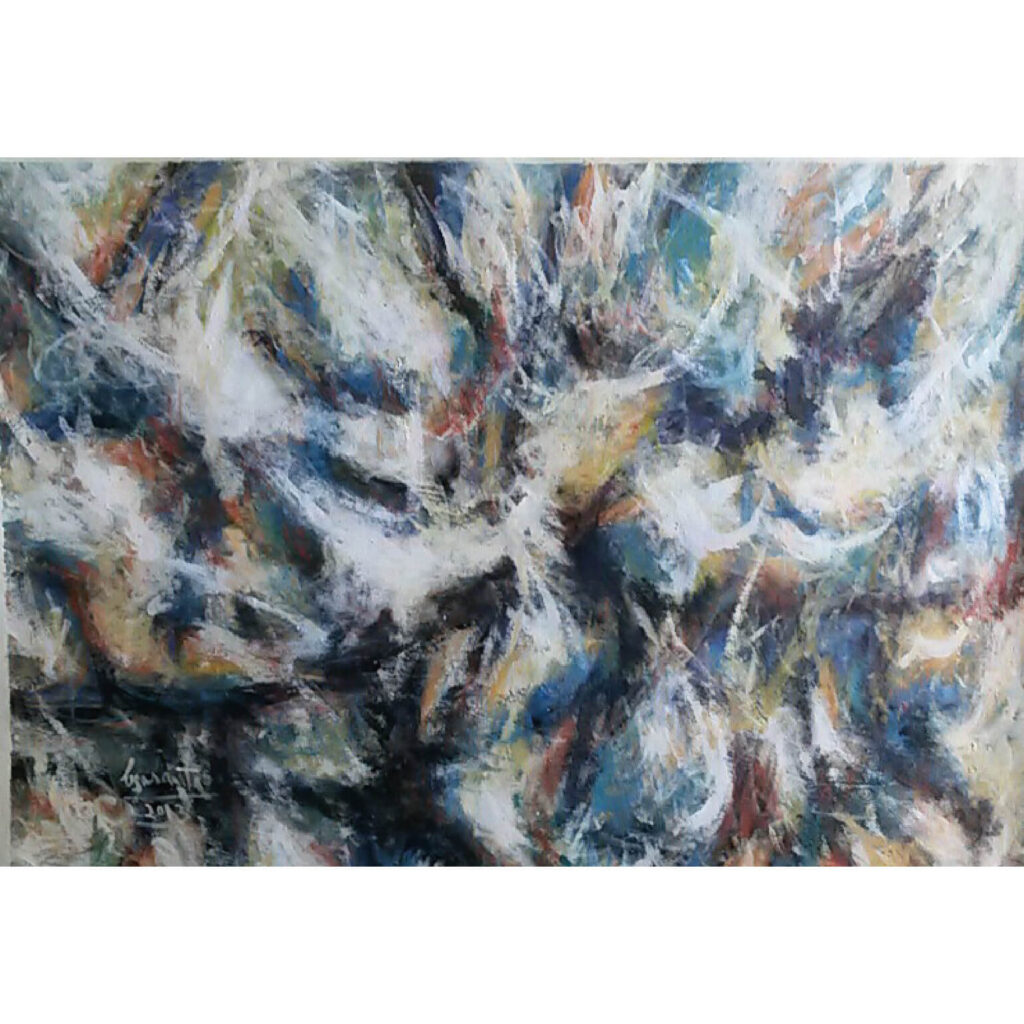 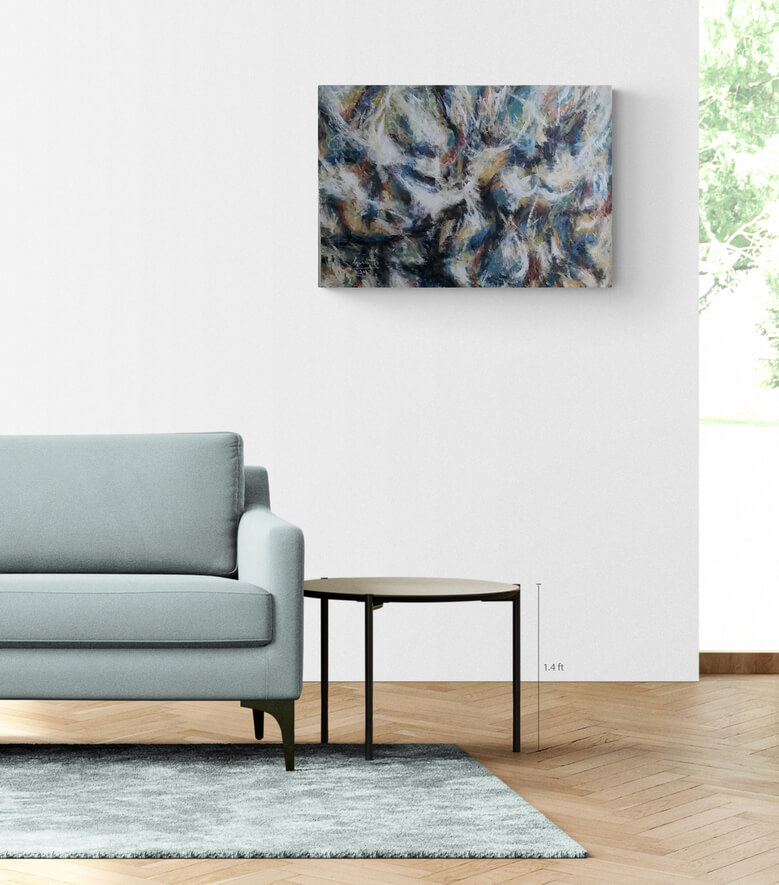 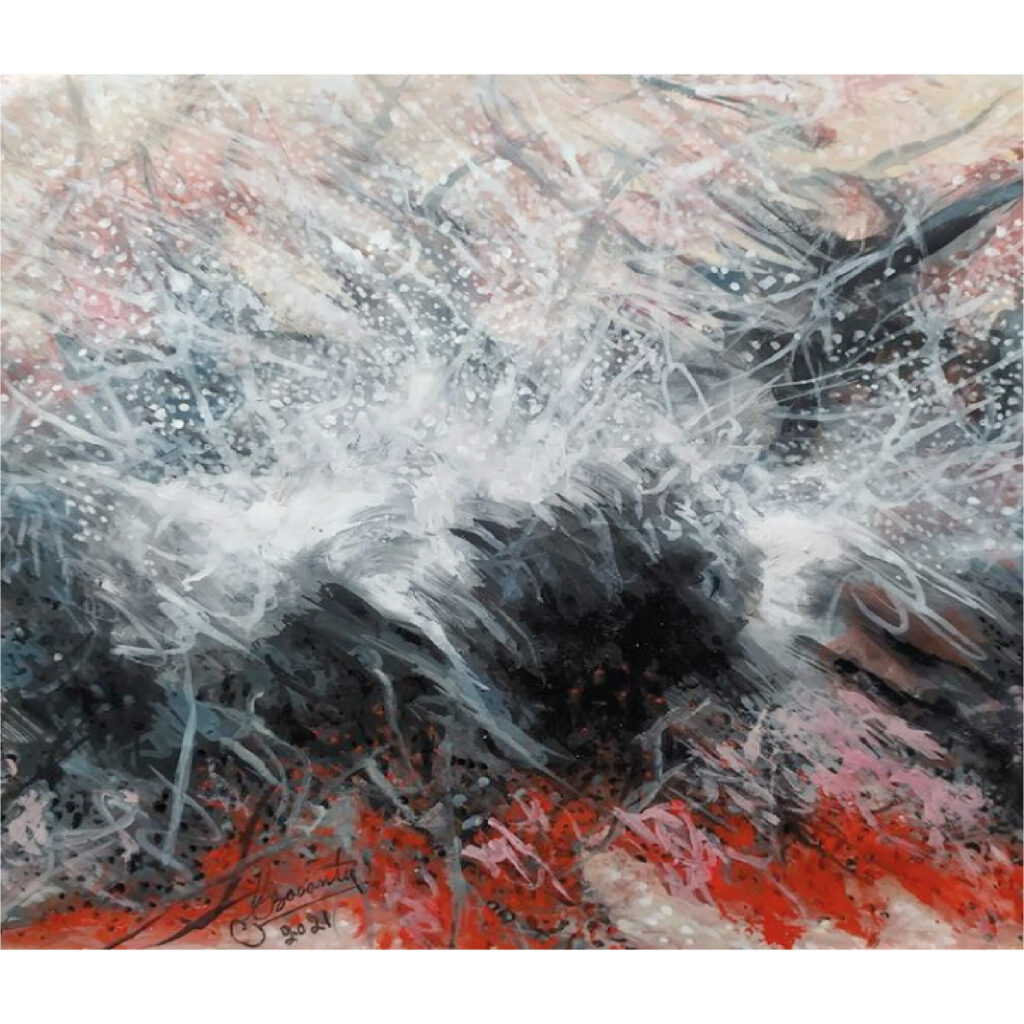 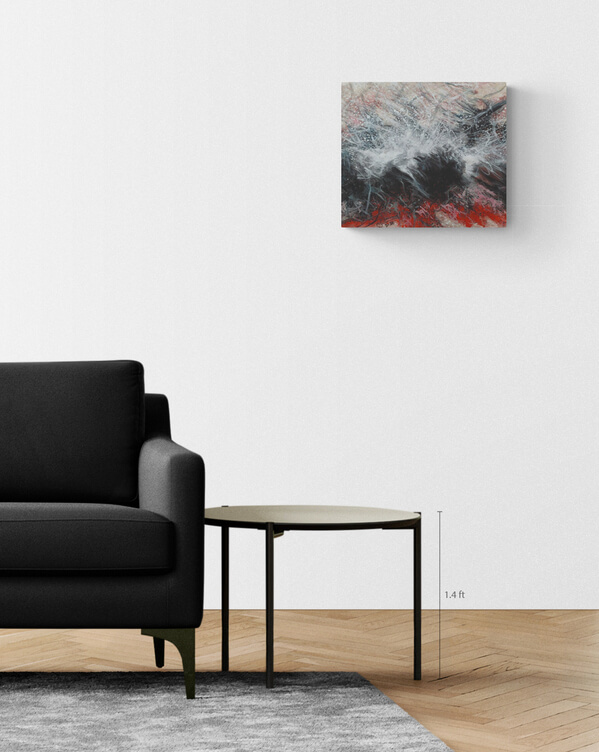 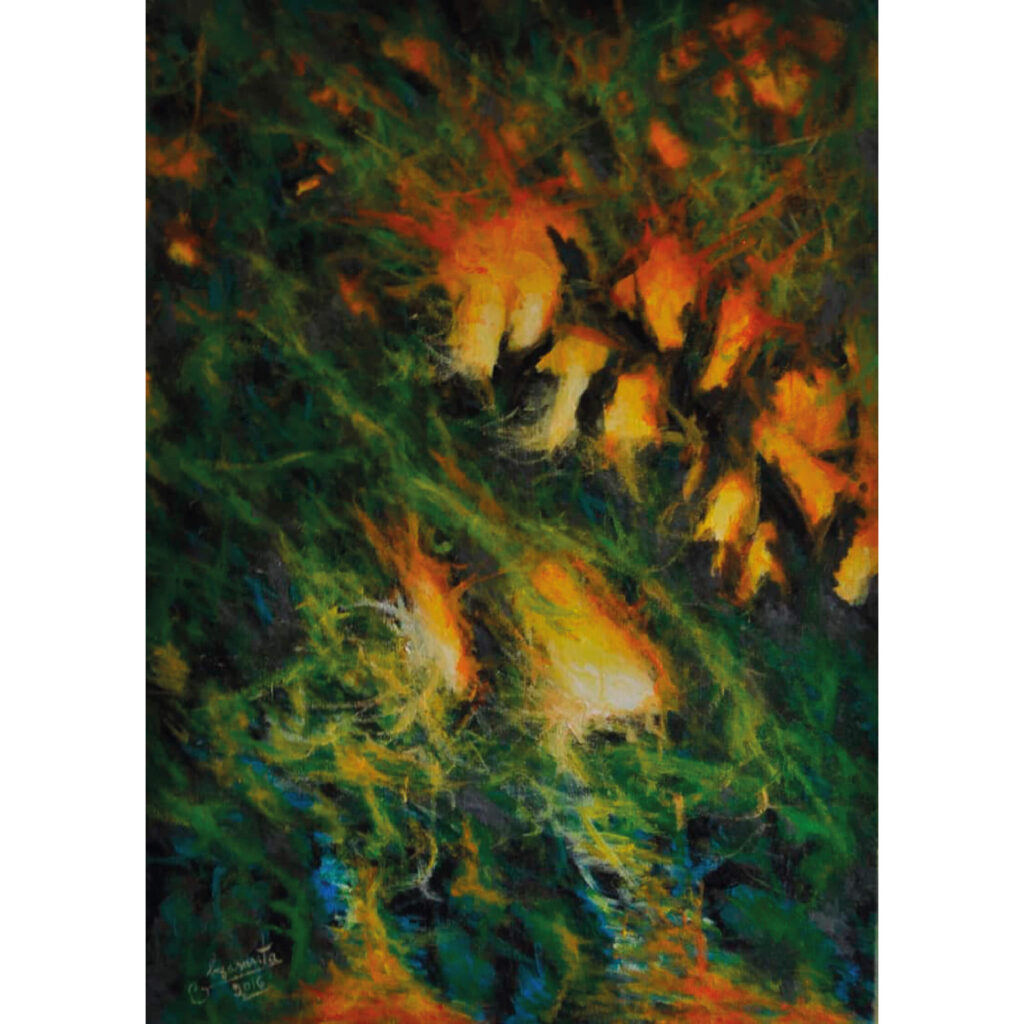 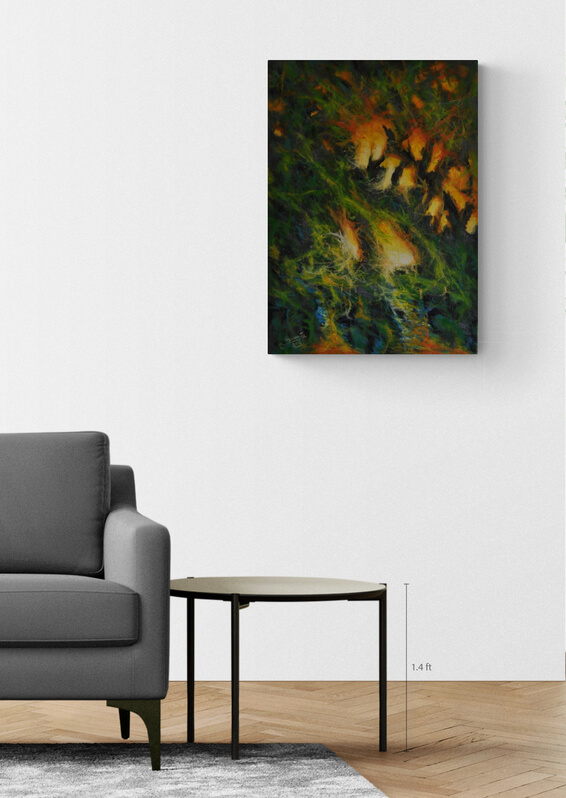 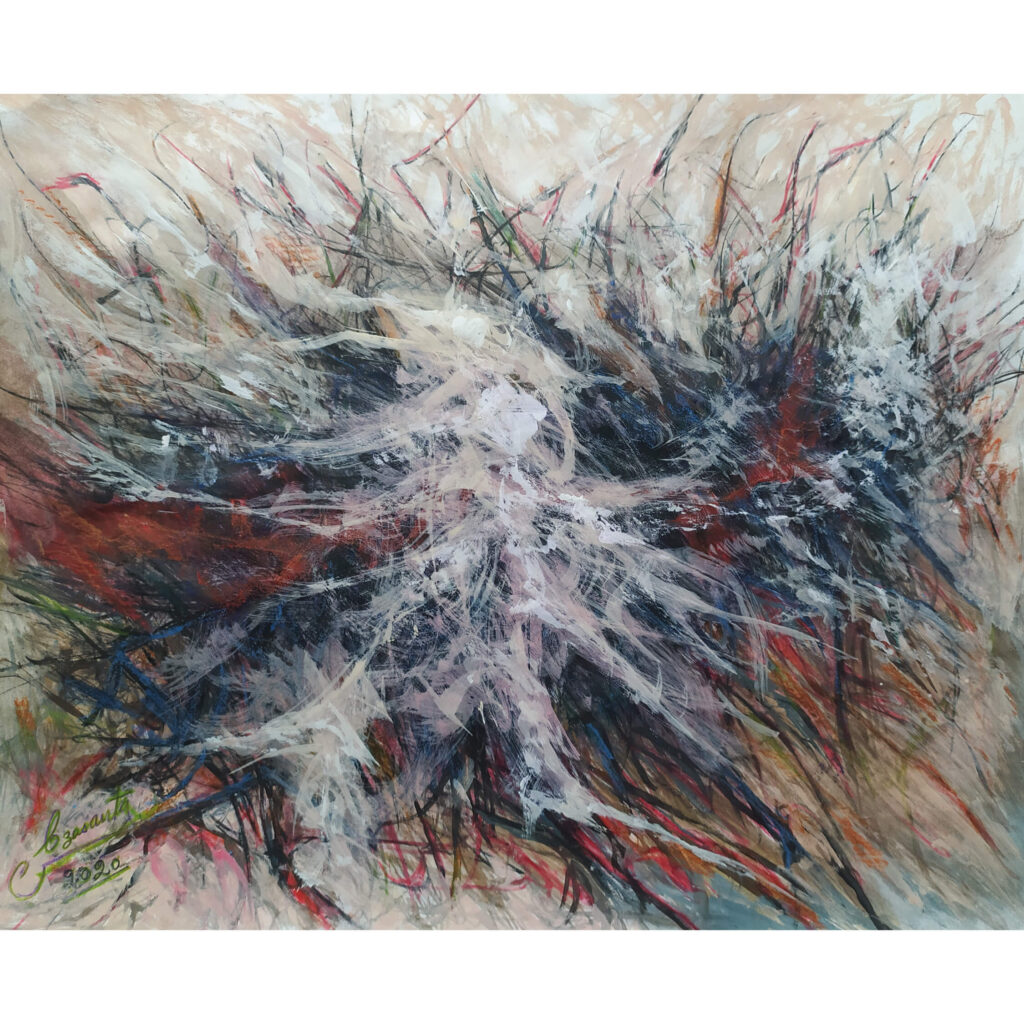 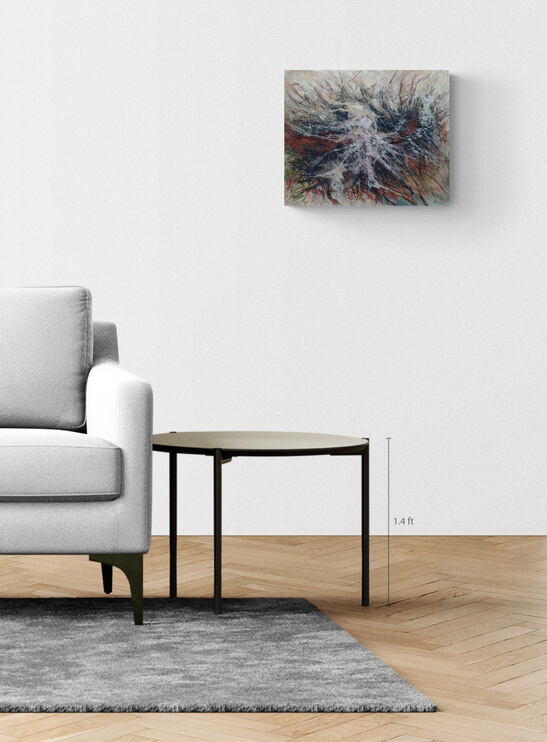 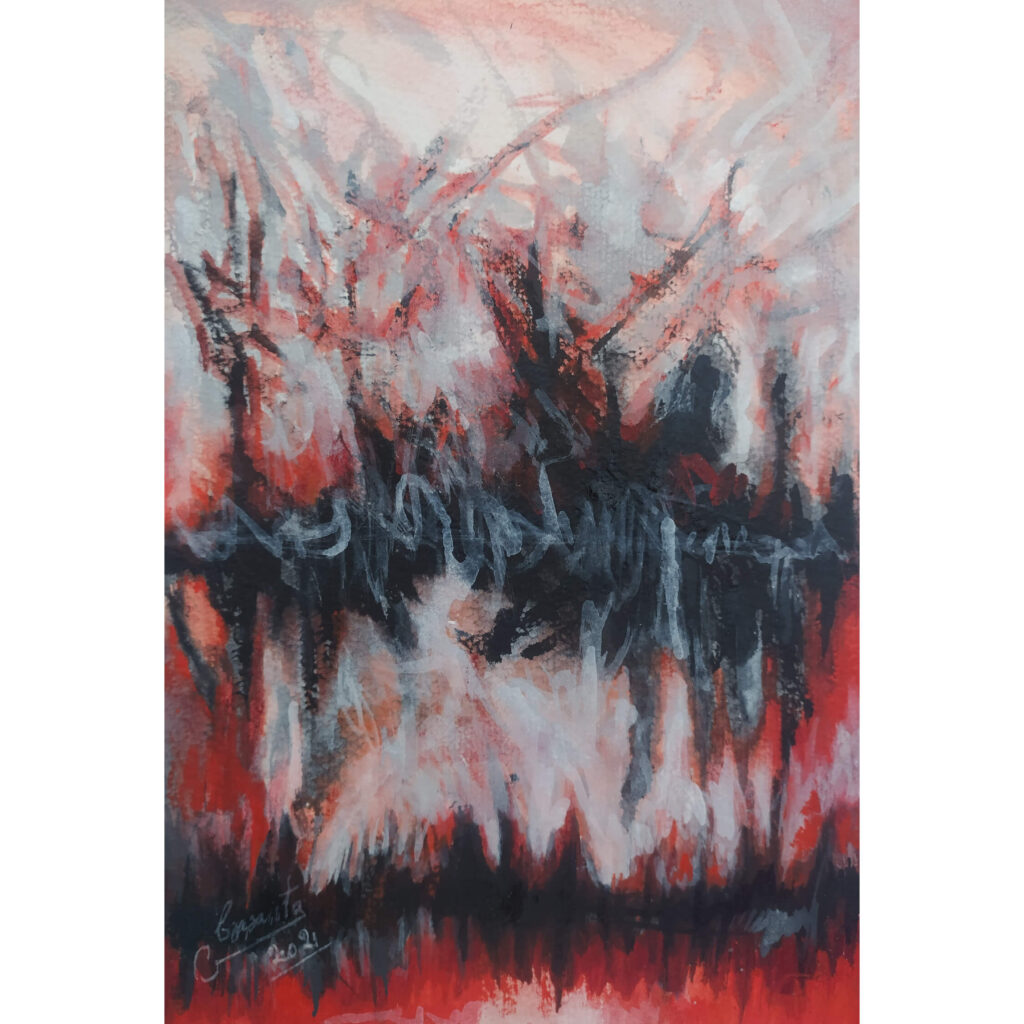 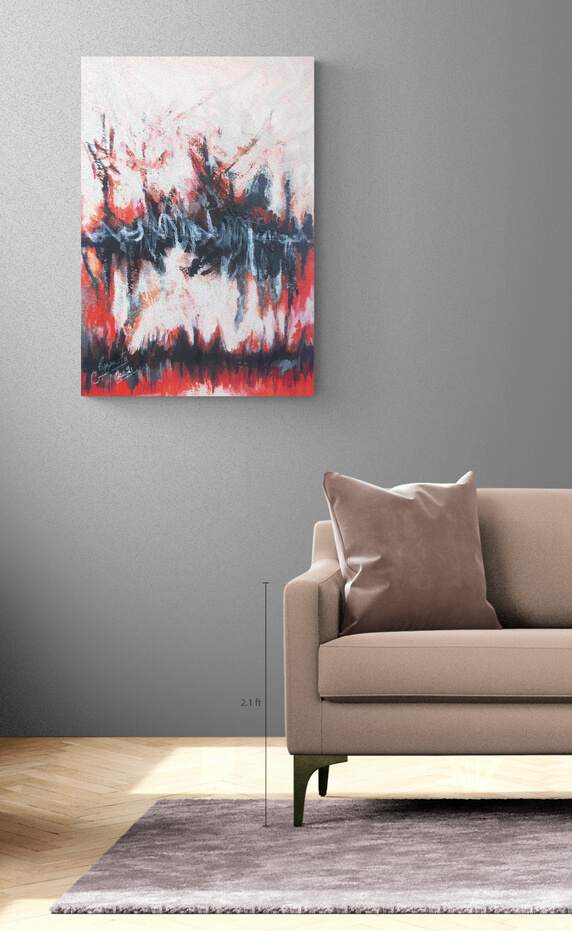 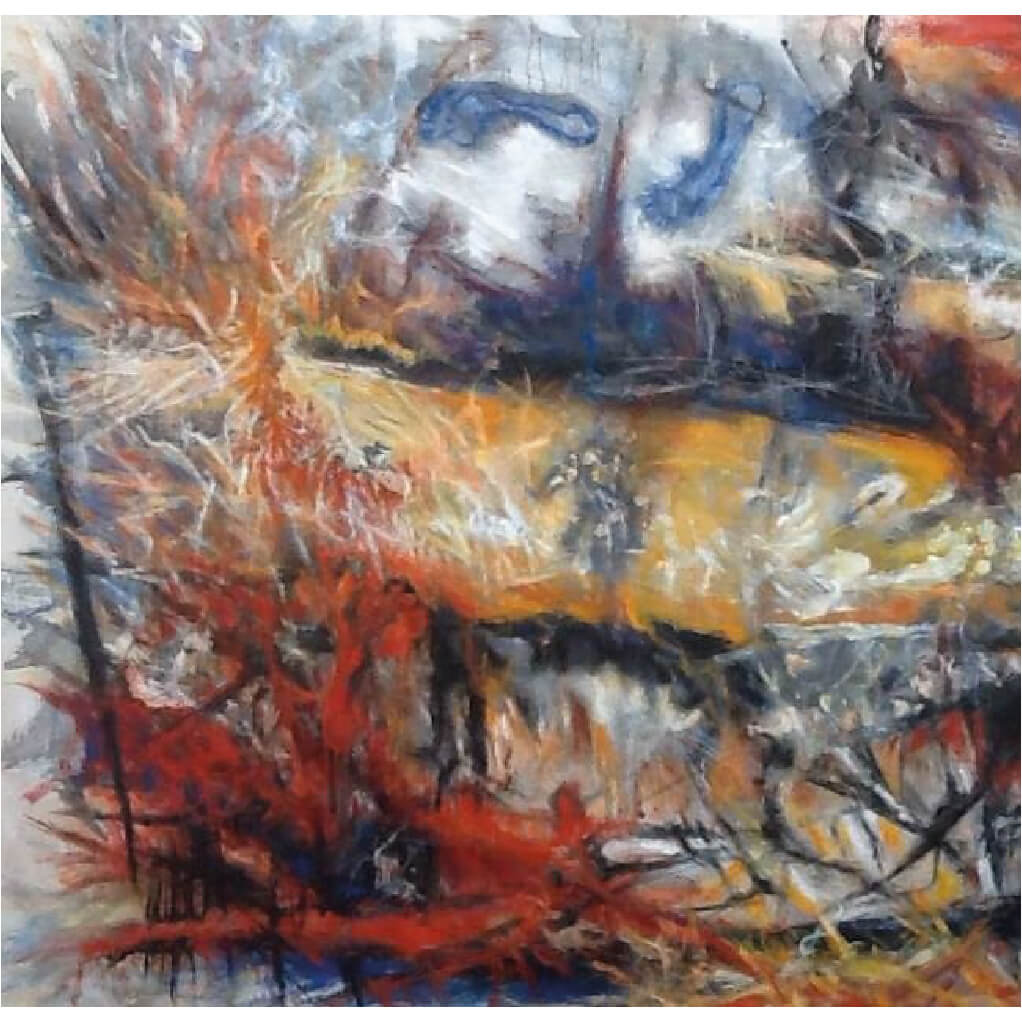 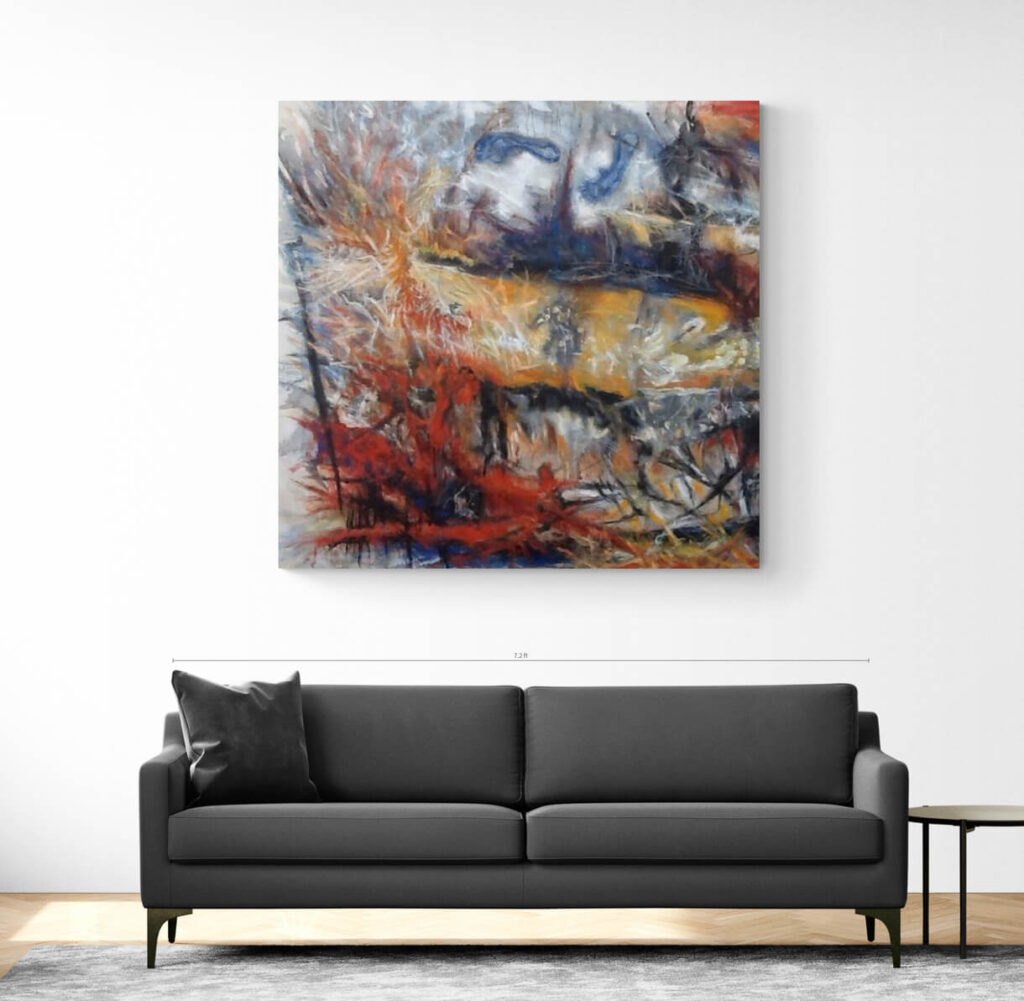 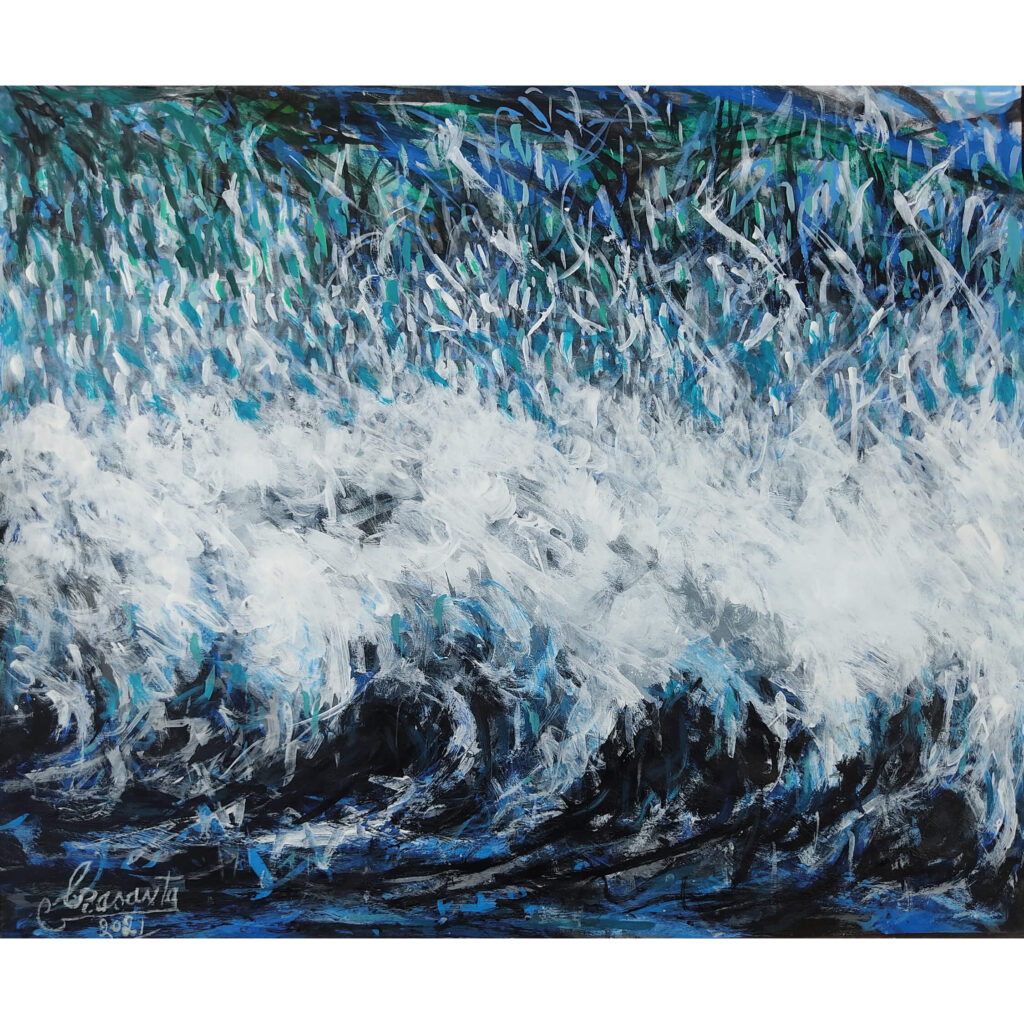 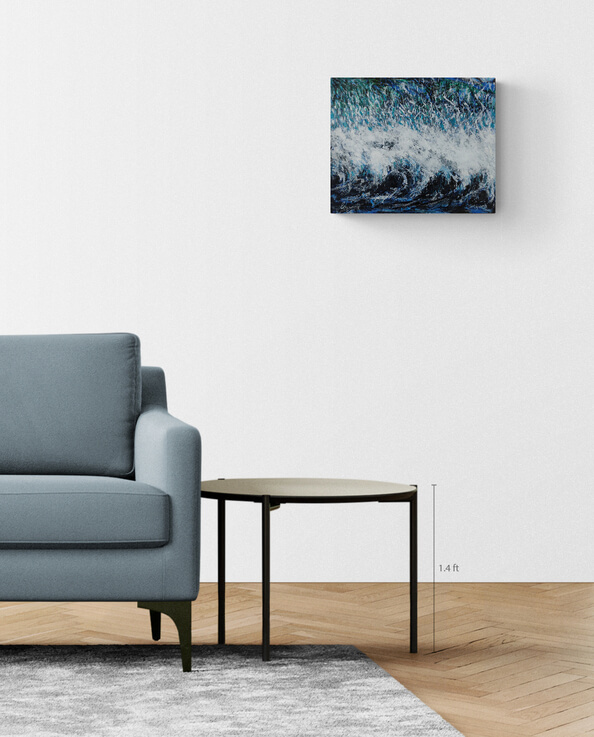 Raúl Tamarís
$3,602.00
Add to cart
View more
Start typing to see products you are looking for.